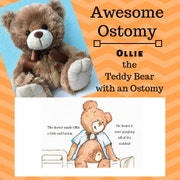 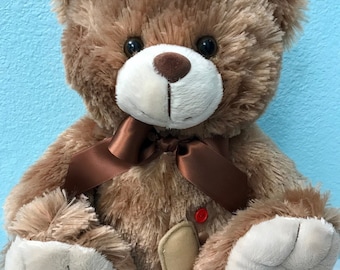 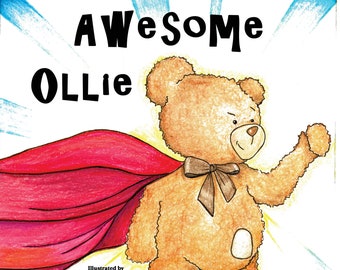 Awesome Ollie - The Teddy Bear with an Ostomy-Children's book 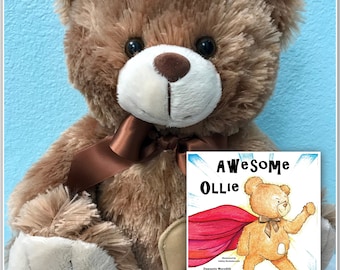 Awesome Ollie - The Teddy Bear with an Ostomy-Children's book

October 2016, I gifted 8 teddy bears with red button stomas and velcro pouches to the WOCN's at my local children's hospital. They promised to give the bears to their pediatric Ostomy Patients. 24 months later, 5,000 bears had been gifted through 16 children's hospitals in the United States. Nurses across the country requested a book to go with the ostomy bears. A book to explain ostomy surgery and recovery to children. Pediatric WOCN's and Child Life Specialists consulted on the creation of the rhyming Awesome Ollie Book. The book is also available on Kindle through Amazon.
I underwent my own permanent ostomy surgery in December of 2015. This surgery gave me my life back! I swim, surf, travel, run, hike, bike and ride rollercoasters. I serve as President for one of the largest Ostomy Support groups in the United States, teach Ostomy 101 patient lifestyle classes at the University of California Medical Center and make ostomy teddy bears.