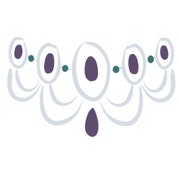 Circlets for Princesses and Elves

BeasleysWonders is taking a short break

Note from shop owner I'm moving to North Carolina at the beginning of April, and will open back up as soon as I'm settled!

I'm moving to North Carolina at the beginning of April, and will open back up as soon as I'm settled!

The Call to Fantasy

The story of my shop began when I was just a wee lass. I was fascinated by magic and believed in fairies and unicorns. That love for the magical realm continues on, and has broadened. The elves from Middle Earth, the goddesses from Greek and Roman mythology, and every other magical race inspire me in my everyday.

I made my first circlet in 2008 for a local medieval festival. And of course I made enough for my friends and family as well. Then my eldest sister, Falon, told me about Etsy. And so an idea was born.

My shop opened in the beginning of 2009 with a few circlets and some really horrible photos taken in my dorm room. I was bad at photographing and even worse at photoshop. And while I didn't sell much, I was having tons of fun!

I have gotten a lot better and have learned new techniques of making circlets. I really don't like making the same thing twice, so I always have something new in my shop. There are only a few circlet designs that I make more than once, so most of my pieces end up being one-of-a-kind.

I look forward to making many more circlets for everyone to enjoy!

I create each item to be unique and always add a dash of love and happiness that will hopefully carry on through the item.

Have fun looking at all my creations and may you have happiness everyday!

If you find something wrong with your purchase or are not completely satisfied, let me know within the first 14 days of the purchase and return the item to me (you will pay for shipping). A full refund will be given or the item fixed and returned.

Payment in the form of Debit, Paypal and money orders are accepted.

Each additional item in a purchase will be shipped free!

Items are shipped through USPS and includes a tracking number.

I love making custom items, because it is you who will give me great ideas which I can transform into the perfect circlet. Some of my best items come from people who know what they want, they just can't make it themselves. I just ask for a couple weeks to make the item.