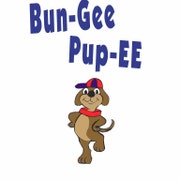 Your story in one sentence.

While living in Highland Ranch, Colorado during the icy winter months, taking his puppy Cloey for walks were all to be desired. Every early morning hour, Cloey would wake Robert by licking his face until his walk outside would begin. Ice covered the ground during the cold winter. Half-awake Robert grabs his regular leash and heads for the door. Stumbling to attach the leash to Cloey’s collar, they go outside. As Cloey smells the trees and Robert slides across the ice, the winter air blows. Then suddenly out of nowhere dashes a cat. Before Robert knows what is happening, he is spun to the ground, and is in grave pain. Cloey has chased the cat and is barking up the tree. Robert has broken his teeth on the ice and dislocated his shoulder from the strong pull of his regular leash. There must be a better way Robert thought! Knowing the benefits of durable shock cord he had once used for the “Bed Web”, he had to investigate. A restraint system for his dog that would absorb the shock of a pet’s sudden move was just what the public needed!

Now referred to as "The First Step Training Tool" by many dog trainers, Bun-Gee Pup-EE has earned it's name. A company started by listening to the public's wants and needs has made the expandable dog leash what it is today. Many say that the resistance in the leash actually trained their dog not to pull!

Last updated on May 9, 2022
Welcome to our Bungee Pupee Shop! We value you and your dog as a customer and want to make your dog walking experience better! Many customers have told us the Bungee Pupee has trained their do NOT to pull. We believe the resistance in the leash detered their dog from pulling. Many dog trainers call Bungee Pupee, "A 1st Step Training Tool"

For an exchange, refund or credit, please contact us first. Send the package via mail carrier, i.e. UPS or US Postal Service, to the address indicated on your packing slip. We recommend that you insure your package for the value of the product as a credit can not be issued for items that are lost or damaged during transit back to us. Shipping and Handling charges are not refundable. Please allow 7 to 10 business days for the return to be processed once we receive it. Refunds will not be issued for items returned without ALL original packaging in new saleable condition unless determined defective.

To keep cost low and pass them to you, we ship US Postal Services

If you have a dog that is about the recommended size, we recommend that you purchase the larger size leash. With a bungee leash it is always better to have more strength than not enough!