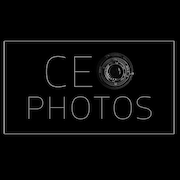 I am a graduate of Marshall University (Go Herd!) where I earned my
Bachelor of Fine Arts in Visual Art, Photography. I am originally
from New Jersey and currently reside in Columbus, Ohio.

I first became interested in Photography in 2009 after picking up my mom's camera during the Division I State Final Four high school softball tournament my sister was playing in. I became engrossed in catching the action of the games and the emotions of the players, especially when the pitcher took a line drive to the face and had the determination to return to the mound only a few innings later.

After that, I started my business in 2010, I decided to pursue my degree in Photography. My work features multiple types of subject matter. These include city photography of Columbus and New York City along with nature
and abstract photography.

I have had work featured on a Hallmark card and work featured on Bend Active’s 614 Leggings. My work has been featured on multiple types of social media, especially for the organization Pelotonia along with having work featured in multiple publications. I have also received 1st Place Photography, “The Martys”, Suburban News Publications, and a College of Arts and Media grant for the Birke Fine Arts Festival.