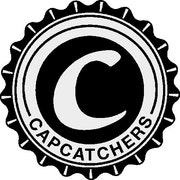 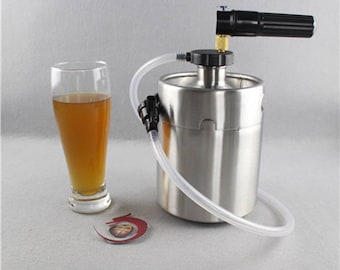 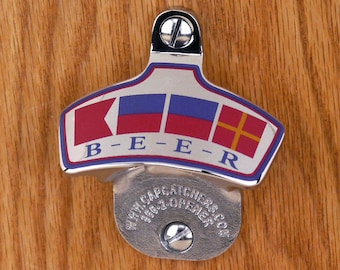 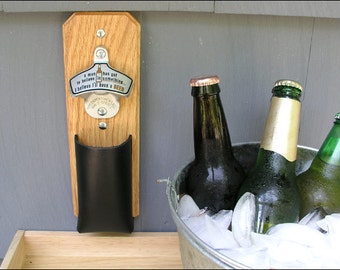 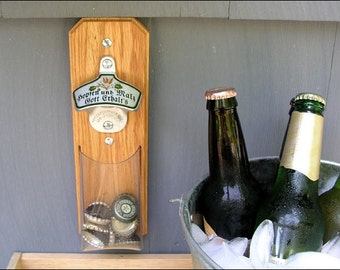 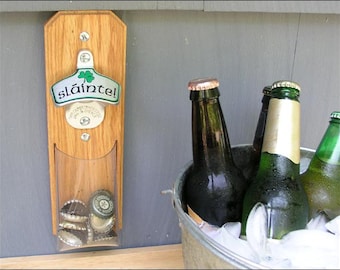 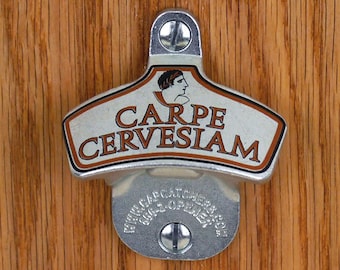 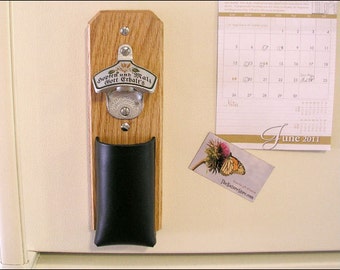 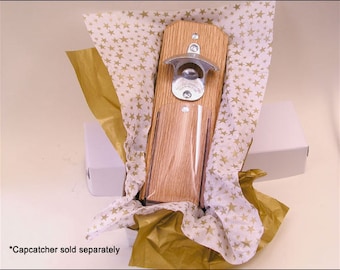 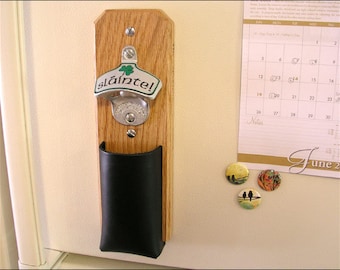 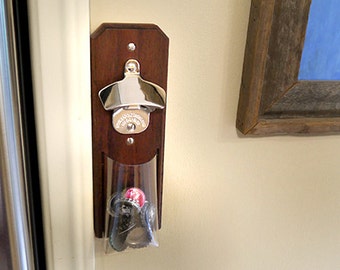 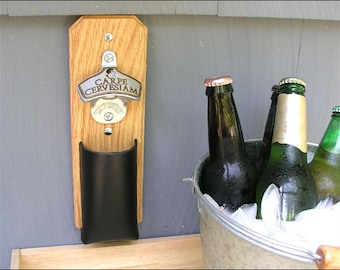 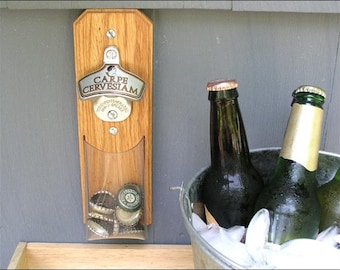 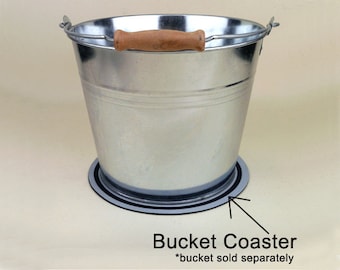 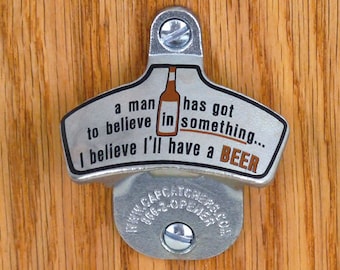 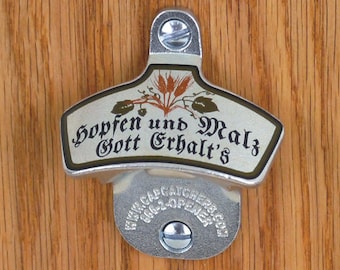 It all started with oysters...

Our mission to enhance the beer-drinking experience began in 1997 when Blaize first started hand-making Capcatcher Bottle Openers and selling them at street fairs and beer festivals all along the East Coast. At the time, Blaize owned an oyster boat and spent most of the year hauling oysters out of Long Island Sound. Because the deck of an oyster boat is no place for stray bottle caps, he developed a pouched bottle opener to catch the bottle caps before they "hit the deck." Thus the Capcatcher Bottle Opener was born.

Each oystering season, as the Capcatcher proved its worth time and time again, Blaize thought of ways to make it even better. Each summer he'd return to the street fairs with improvements from the year before. First he added a magnet to hold the Capcatcher right to the refrigerator. Then he offered a choice of wood types and a leather or clear vinyl pouch (better for boats!) Finally he started personalizing the metal hood of the bottle opener.

By this point, the Capcatcher Bottle Opener had become a popular groomsmen gift, and orders for personalized bottle openers were continuing beyond the summer months. It proved quite challenging to make Capcatchers with one hand and haul oysters with the other, so Blaize said farewell to a career at sea and made catching bottle caps a year-round job. Of course this decision wasn't an easy one--So as a tribute to the history of Capcatchers, we start and end every summer looking out at the ocean with a plate full of oysters on the half shell and an ice cold bottle of beer... We highly recommend you do the same!

Last updated on June 20, 2016
Thank you shopping at Capcatchers, home of the Capcatcher Bottle Opener and other fine beer gifts. Capcatchers is an eco-friendly woodworking studio in the hills of Connecticut. Our products are hand-crafted from top-quality hardwoods, and finished with natural tung-oil finishes.

We are confident that everyone who buys a Capcatchers product will be very happy with their purchase. If you are not completely satisfied with your item, please convo us for a resolution. Please note that personalized items may be subject to a 20% restocking fee if returned.

All orders ship from Connecticut, USA

Most orders shipping to the United States ship by USPS Mail or UPS Ground service. Time in transit is usually 2-5 business days, depending on your location. Expedited shipping upgrades can be selected at checkout.

Shipping costs are combined for orders with multiple items. The combined rate is visible on the shopping cart page after you've added everything to your cart.

---DISCOUNT FOR MULTIPLES---
Since every item must be individually personalized, we do not typically offer discounts for multiple items. If you are planning to order 10 or more items with IDENTICAL inscriptions, please convo us about a possible package deal.

The lead time on a personalized item is 3-5 days and shipping can take up to 7 days, so please order with enough time.

If you don't see what you want and you think we can make it, you can convo us for a custom listing. We'll see what we can do! EXCEPTION: At Christmas and Father's Day, we get very busy. We may not be able to accommodate custom requests at these times.

How do I personalize my order?

1. Use the Drop-down Menu to choose your quantity, font & border color (where applicable). ***Scroll through the photos on the listing to see the fonts & border colors we offer.
2. Click Add To Cart
3. At Checkout, write your personalized text in the "Note to Capcatchers" field, like this:

Repeat for multiple items. Limit 25 characters/line. If only one line is submitted, it will automatically be enlarged and centered.

Will I receive my order by...?

**Many of our customers need their order by a certain event date. If you let us know your deadline in the order comments, we will do everything we can to accommodate.

Our standard shipping method for most items is 2-3 Day Priority Mail for US addresses. Most International orders ship with First Class Mail International, and can take 10-14 business days to arrive after shipment.

Do you offer discounts for multiple items?

Because each of our products must be personalized individually, we are not usually able to offer discounts for multiple items.

However, if you plan to order 10 or more of the exact same item with the exact same inscriptions (for example, 10 centerpiece buckets with the couple's name and wedding date), then we can offer a 10% discount on your order. Convo us for details.

Where can I see examples of the fonts and border colors?

If you scroll through the alternate photos on the listing, you will see some slides with examples of our fonts and border colors.