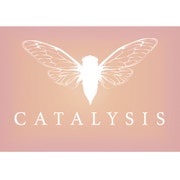 Catalysisjewelry is taking a short break

Note from shop owner This shop is on a brief vacation and will re-open on August 21st. Thanks!

This shop is on a brief vacation and will re-open on August 21st. Thanks!

The pieces created by Catalysis Jewelry are comprised of real specimens from nature and include everything from insects and flowers to animal bones and tree bark. Each object has been collected and lovingly considered for it’s shape and being. They are rescued from dust and decay and turned into something treasured, a monument of nature. Each object is coated in copper, a warm, beautiful element that changes color as it reacts to its environment. It allows the wearer to carry a little bit of nature wherever they go.

Some pieces, such as a single leaf or cone, are simple statements, a lovely fragment of nature to be admired for its structure and detail. Others are assembled, combining elements to tell a story. Each piece is as unique as the element of nature that lay inside its copper walls. It is an opportunity to wear your conversation piece.

The electroforming process begins by sealing the botanical item, be it a feather, flower, or cone, with two coats of varnish. The piece (referred to as a cathode) is then coated twice with a copper conductive paint and suspended by wire into a bath of electroplating solution. Several metal baskets containing solid copper balls (referred to as an anode) are lowered into the electrolyte bath. The anode and cathode are wired to an electrical power source (a rectifier). Through careful monitoring of the amps and volts, the electrical current moves ions of copper towards the negatively charged object and coats it evenly over a matter of hours.

Electroforming objects from nature can be very challenging due to potential organic contamination of the chemical bath, throwing off its delicate balance. The anodes are cleaned frequently and the electrolyte bath is run through a series of filters. An air bubbler is employed to increase agitation. Each piece goes through several coatings of copper after a series of procedures including drying out the botanical object inside and adding bails, rings, or other hardware. Some pieces require subtle reinforcement for strength. Following the final copper coating the piece is grinded and sanded. After polishing or applying a patina the piece goes through a varnishing process that takes several days to cure.

My chain length was ordered a little too short, can it be exchanged?

Absolutely! Please contact me and we will figure out a size that works better for you.

My necklace is a little longer than I anticipated, can I shorten it myself?

Certainly. It is pretty easy with a few basic tools. An instructional video is located in my 'About' section that will help you. If you are not feeling confident in this task the necklace can be sent back to me and I can adjust it for you but please note that you will have to pay for shipping both ways.

I have an ethical concern with the concept that these insects may have been harmed/killed prematurely in the process of making this jewelry.

Many of these insects are collected after death. For example, there are a plethora of cicadas in the area over the summer that are collected after their natural cycle. The rest of the bugs are carefully sourced from insect farms overseas. These farms are absolutely vital to the proliferation of these species and the plants and flowers that are supported by them. Not only does the environment benefit but families and the local economy does as well. I can understand that this might be uncomfortable to some. I see it as a celebration of their lives and an exploration of the beauty of nature. I appreciate your concern and assure you it is not a concept that I have not taken lightly. http://www.insectnet.com/articles/killing.htm

I am interested in a sized/longer chain but I am unsure of what to order.

I would recommend cutting a piece of string to the specific lengths you are considering and holding them up to your neck. This will give you a rough idea where the pendant will fall. It is tough to give a recommendation because personal preferences vary significantly. Also, each neck is a different thickness and chest lengths vary per person.

Are these pieces strong? Some of them look very thin.

They are very strong! Unfortunately you do not have have the ability to hold the items prior to purchasing them, many are surprised by the strength. I make sure that each piece undergoes a stress test before I am willing to sell it. I would invite you to read the reviews that will attest to the quality and strength.

I am concerned about the weight, are these pieces very heavy?

No! The original object is encased within the thin copper walls but the item has been dried inside, removing the water weight and making the pieces quite light. This gives me an advantage over cast pieces pieces which are typically solid metal. Many who have held my pieces at craft fairs are very surprised how light they are, in fact.

Are there specific care instructions for copper?

There is a card included with each purchase that includes information about copper and how to care for and clean it properly. It is really no different from other metals, it should be kept out of areas with moisture or wrapped protectively.

I do not take custom orders,
my apologies.

Will copper turn my skin green?

Each item has been coated in a jeweler's varnish to protect your skin from reacting to the copper. However, FYI, the green itself is not harmful to your skin whatsoever.