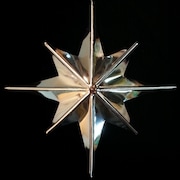 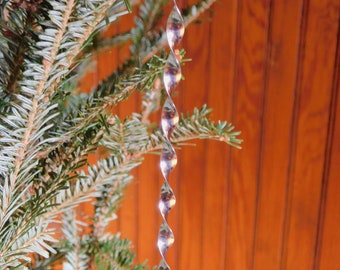 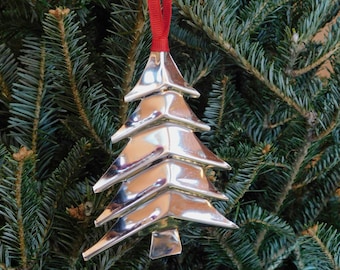 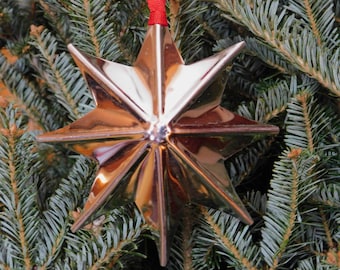 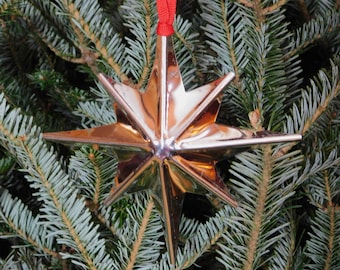 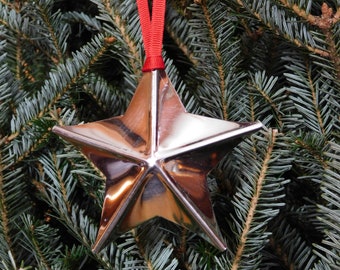 For many years, I worked in a university setting, until a reorganization resulted in the loss of my job. It was a serious financial blow, but eventually I began to look at it as an opportunity to do something new and creative. I did a bit of woodworking, and even sold some of my creations to friends and strangers alike.

I still like woodworking, but something drew me instead to tinsmithing. I met my first tinsmith at a local arts festival 14 years ago. I was amazed by the beautiful and practical things he made out of tinplate. I bought a small cup from him that first year, and continued to seek him out each year, buying more pieces each time.

After a while, I felt the urge to begin some training as a tinsmith. Unlike many other artisanal crafts, there aren’t many tinsmiths around and even fewer people offering training. I began an internet search and lucked upon a weekend workshop in tinsmithing for families at the Stuhr Museum of the Praire Pioneer in Grand Island, Nebraska. Although a five-hour drive away from my home, this was the closest opportunity available, and had the added bonus that my entire family—my wife and two boys—could attend and learn, too.

So, I signed us up and we drove down to spend 16 hours learning about and doing tinsmithing. We were able to make many items over the course of that weekend and it was a fun experience for all of us. I am grateful to the Stuhr Museum's resident tinsmith, Loren Miller, for his teaching and guidance.

It took me a few more months to figure out if this was what I really wanted to do, but I eventually took the plunge and started buying my first tinsmithing tools. Unlike in other areas of the country, like the east coast, where one can still find antique tinsmithing tools at local auctions, I had to rely on Ebay to find what I needed. It took me several months, but I was eventually able to find and buy enough tools to outfit a working tin shop in my basement. Some of the tools, particularly the hand-powered tinner’s machines, were in good shape mechanically, but rusted over and badly in need of restoration. I did that work myself. Machines that were once in poor condition are now almost as good as new. I like to think their original owners in the 1840s and 1850s would be pleased with the results.

Even with an equipped shop, I soon realized, however, that 16 hours of training wasn’t enough to give me what I needed in the way of tinsmithing experience. Happily, I learned that there was a convergence of tinsmiths taking place within another five-hour drive of home, so my family and I went to see what this group was all about. While there, my wife noticed a flyer of programs being held at Historic Eastfield Village in East Nassau county, New York. The programs included longer workshops in tinsmithing, taught by master tinsmith William McMillen, who is arguably the finest and most experienced living tinsmith in the US today. I got to meet Bill at the convergence and he was all that and more.

On the drive home from that weekend, my wife, Nadine, and I talked about how much I wanted to be a tinsmith and she encouraged me to apply for the workshop in New York, even though it would be a costly venture to undertake. So…I took this next plunge and did extended training with Bill McMillen. It was, without overstatement, a life-altering event. Those 40 hours provided me with the exact foundation I needed. I learned time-honored techniques by making several items of tinware, using 19th century tools and historical designs. I came home from that experience both invigorated and inspired. Since then, I spend some time every day working in the shop, perfecting my techniques and working on new designs. As with any artisanal craft, constant practice is key.

In August 2018, I returned to Historic Eastfield Village in New York to take another workshop, Advanced Tinsmithing. It was taught by Bill McMillen and Steve Delisle, who is the Journeyman Tinsmith at Colonial Williamsburg.

My work focuses on using primarily 19th century tools to make tinware using 19th century designs – in essence, I am an historical tinsmith. When I don’t have patterns with which to make something, I buy antique tinware for use as study pieces. I am able to measure old pieces and reproduce them as new pieces.

In addition to working in the shop, I do historical reenactments as a mid-19th century tinsmith in our region. My background is in teaching history, and since most of my tools date from before the US Civil War, it’s a relatively easy way of incorporating both threads of my life experience into a fun and worthwhile effort.

I enjoy working with my hands and crafting three-dimensional pieces from flat sheets of tinplate. As you look around my shop, I hope you will enjoy what you see!

See this Seller Handbook article for a sample privacy policy you can customize for your shop.
If you ship to the EU or offer your listings to buyers there, you're required to have a GDPR-compliant privacy policy by 25 May, 2018.
Privacy policy
I do not currently ship to the European Union, so the GDPR does not apply. That said, I do have privacy policies in place, so please note them below.

I do not sell your information -- ever. I do not send unsolicited marketing messages to customers -- ever. The only messages you will receive from me are about an item or items you have ordered.

as needed to provide my services, such as when I use your information to fulfil your order, to settle disputes, or to provide customer support;
when you have provided your affirmative consent, which you may revoke at any time, such as by signing up for my mailing list;
if necessary to comply with a legal obligation or court order or in connection with a legal claim, such as retaining information about your purchases if required by tax law; and
as necessary for the purpose of my legitimate interests, if those legitimate interests are not overridden by your rights or interests, such as 1) providing and improving my services. I use your information to provide the services you requested and in my legitimate interest to improve my services; and 2) Compliance with the Etsy Seller Policy and Terms of Use. I use your information as necessary to comply with my obligations under the Etsy Seller Policy and Terms of Use.

Etsy. I share information with Etsy as necessary to provide you my services and comply with my obligations under both the Etsy Seller Policy and Etsy Terms of Use.

Service providers. I engage certain trusted third parties to perform functions and provide services to my shop, such as delivery companies. I will share your personal information with these third parties, but only to the extent necessary to perform these services.

Business transfers. If I sell or merge my business, I may disclose your information as part of that transaction, only to the extent permitted by law.

Compliance with laws. I may collect, use, retain, and share your information if I have a good faith belief that it is reasonably necessary to: (a) respond to legal process or to government requests; (b) enforce my agreements, terms and policies; (c) prevent, investigate, and address fraud and other illegal activity, security, or technical issues; or (d) protect the rights, property, and safety of my customers, or others.

I retain your personal information only for as long as necessary to provide you with my services and as described in my Privacy Policy. However, I may also be required to retain this information to comply with my legal and regulatory obligations, to resolve disputes, and to enforce my agreements. I generally keep your data for the following time period: 4 years.

For purposes of EU data protection law, I, Karl-Josef Schmidt, am the data controller of your personal information. If you have any questions or concerns, you may contact me at karljschmidt@live.com. Alternately, you may mail me at: