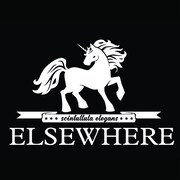 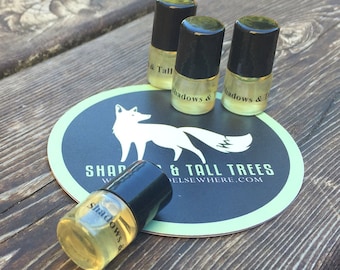 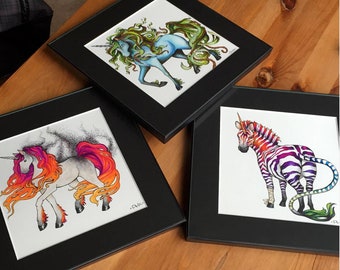 Custom Unicorn! Original Framed Art of YOUR very own Unicorn. 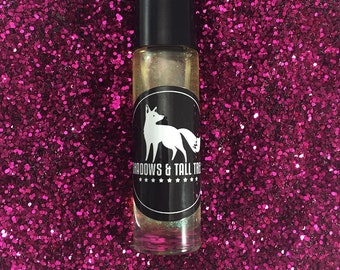 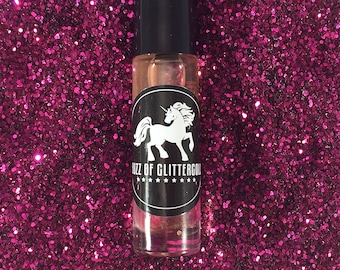 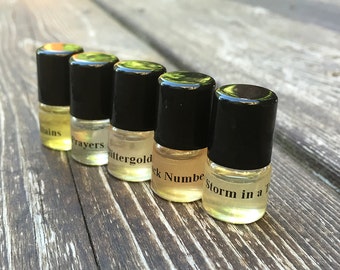 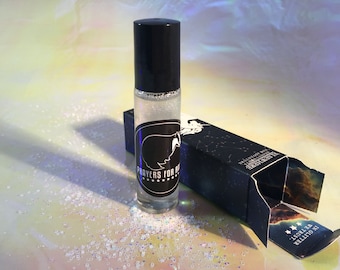 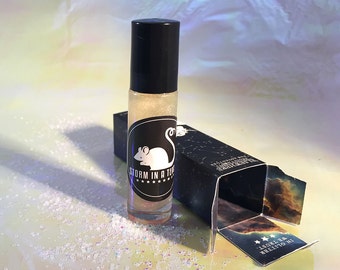 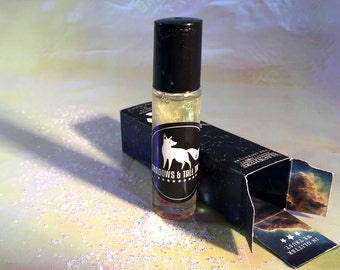 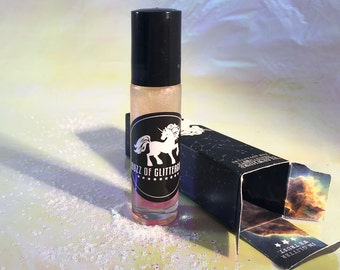 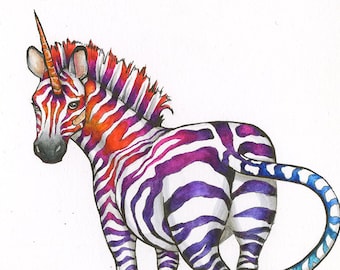 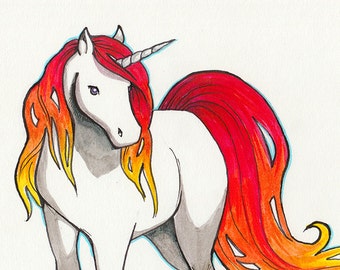 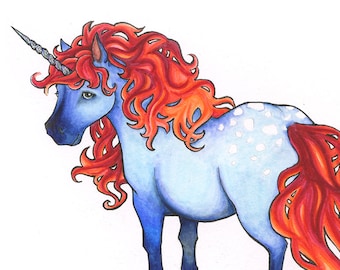 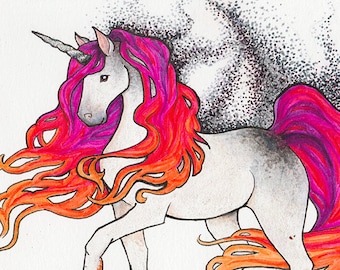 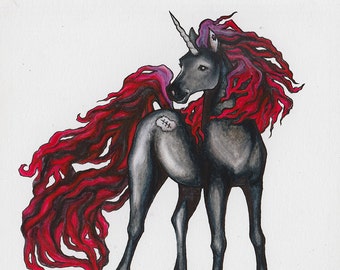 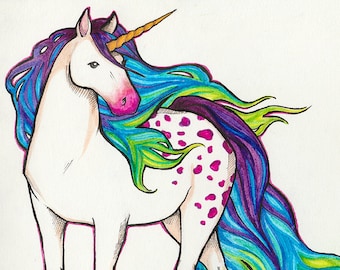 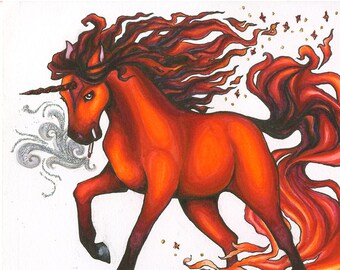 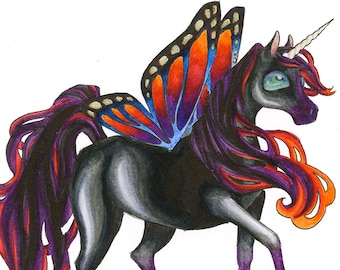 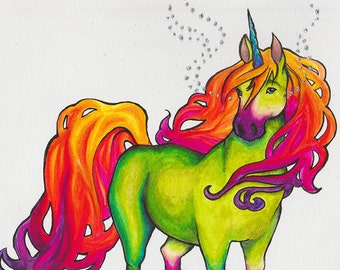 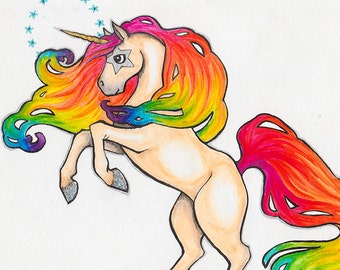 Elsewhere is the world in my head. It is the space between, between the everyday and the extraordinary. It is a story of lost magic. Or rather not so much lost, as forgotten and unseen, even when it’s right in front of your face. Like keys or that ring of your mother’s. Elsewhere is a quest to live by my own terms, to define reality as I want it to be, not as what has been handed to us.

It is about remaking the world. My world. Maybe yours, too.

​I want magic.
​I want glitter and sparkles and unicorns.
I want perfume that transports and jewelry that transforms.
I want deep woods and hidden doors and secret messages.
I want the world I dreamed of as a kid;
the one I took for granted would open its gates to me as I grew up.
And if it turns out it doesn't exist,
I guess I'll just have to make it up
out of scraps of dreams and odd bits of glass.
Elsewhere is for those who are looking for the same thing.
It is for us.

Maybe we can go there together.

Last updated on May 9, 2022
When I was but a wee burrito, I dreamed of being a clothing designer. Well, that and a fireman, a baseball pitcher, and a roller skating waitress. But clothing designer was definitely in there. Being a proper gothy kid, I made a lot of high-end couture work using nothing but safety pins, chains, and lots and lots of black. It was SO edgy. I was very deep. No one understood my genius.
When it got time to pick a college, I thought I'd go into fashion, but was informed (gasp!) that my lack of sewing knowledge kind of put me out of the running. Isn't that what college is for? To teach you this stuff? So I went to school for illustration, which turned out to be pretty cool too, but I started learning to sew and making my own clothes. I was out of the gothy phase by then, so lots of brightly colored corsets and ball-gown skirts ensued.

In 2009, I started to come back to clothing in a big way, experimenting and expanding my knowledge, and just generally making it a priority. I read some books, took some classes, got a serger, made some truly wretched stuff. But it got better, and BeastWares began to come together.

The core of what we do, and what we want to put into all our products, is fun. The world takes itself too seriously. I take myself too seriously, for sure. There has to be a balance...so we strive to make great things that are truly well-made, and that are made locally and by hand (the serious stuff), but also encourage abject silliness at every turn (the not-so-serious stuff). Be ridiculous! Be silly! Do a dance in shiny pants! Enjoy it! Own it! AND know that you look, and are, AWESOME.

Your joy in your purchase is extremely important to us. Any standard BeastWare can be happily returned or exchanged, provided it is in its original condition, within 30 days of purchase, though you will be responsible for all shipping costs.

Custom orders, by their unique nature, are non-returnable. Please make sure you're happy with our final design.

Please note that though we take every care to pack and ship promptly and safely, including providing you with tracking whenever possible, we cannot be responsible for packages lost in the post, customs delays or fees collected by the recipient country.

PayPal is our preferred method of payment, but we also accept credit cards and bank transfers. WHEE! We no longer accept money orders, sorry for the inconvenience.

Items are largely made to order and will ship within 1-3 weeks.
International ships USPS first class mail; please contact us if you'd like to upgrade or downgrade it. We abide the postal laws and cannot mark packages ad gifts--besides, this tends to delay things.

Customers outside the United States may also be liable for any customs and import duty, quotas, permits, product restrictions and other local requirements. These charges must be paid by the recipient of the parcel. Customs policies vary widely from country to country. Therefore we suggest that you check the requirements in your country before placing an order. We will not be liable for any custom or import duties.

Insurance is not included in the shipping price; please let us know if you would like to purchase it.

Please note that though we take every care to pack and ship promptly and safely, including providing you with tracking whenever possible, we cannot be responsible for packages lost in the post, customs delays or fees collected by the recipient country.

Once an order has left our studio, it is in the care of USPS and your local postal service. BeastWares is not liable for any loss or errors made by these services.

When you receive your package, please open it with care. BeastWares is not liable for any items damaged during the opening of your parcel.