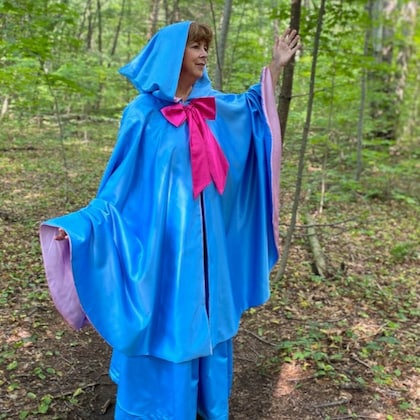 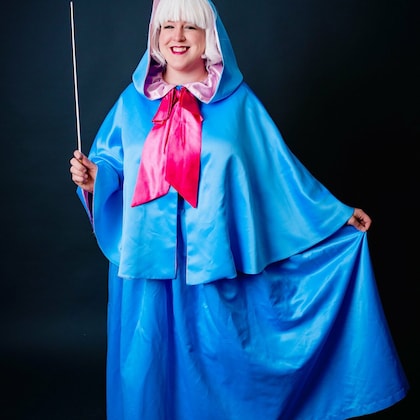 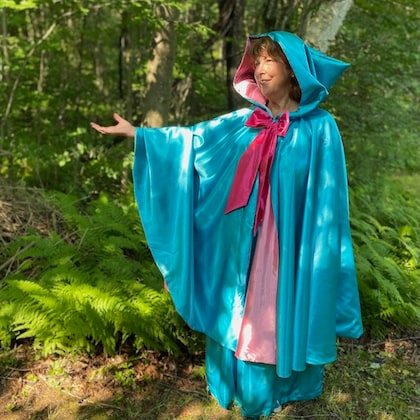 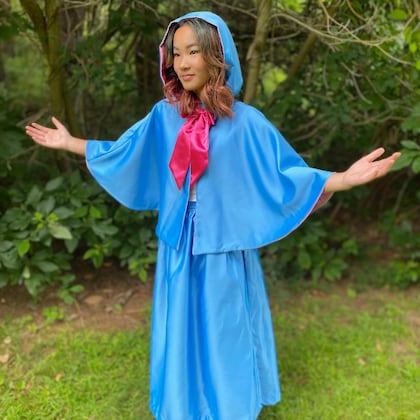 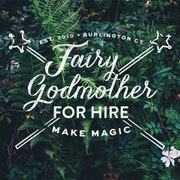 Announcement    Summer time and the livin' is easy--but sewing the capes is sweaty business. Though a business I am happy to say is up.
This year, my Halloween orders started in July. I am thrilled to have so much quality time with my Industrial Juki 8700 sewing machine.

Summer time and the livin' is easy--but sewing the capes is sweaty business. Though a business I am happy to say is up.
This year, my Halloween orders started in July. I am thrilled to have so much quality time with my Industrial Juki 8700 sewing machine. 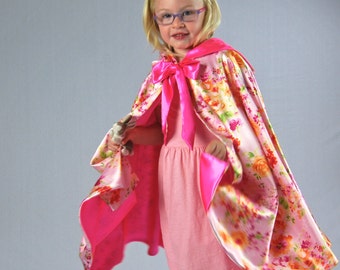 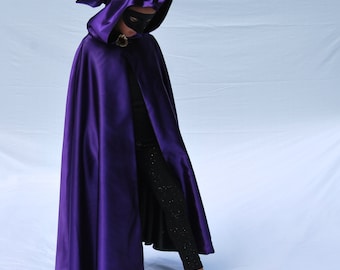 I don't have a magic wand, but my sewing machine does quite nicely.

For my daughter's third Christmas I hastily put together a costume cape and skirt. I had over twenty years of professional costume experience, working for some of the best theatres on the east coast. I had made costumes for queens. It seemed only right to make a few little princesses. My theatre career was both blessing and curse because I had the skills and inspiration to do amazing detailed work, but no time to put them to use for my own projects.

Those first pieces weren't up to the grand designs I imagined, but that didn't stop my daughter's friends from fighting over them when they came to play. I had made them easy for small hands to get on over their own clothes, and better yet they could be machine washed after mud puddle battles.

That spring I began creating a line of my own dress up costumes. Every little girl's imagination can make her the princess of her dreams. She doesn't need a movie princess copy to be special.

Eight years ago I exited stage left from the theatre I had worked at for so long and began focusing on Fairy Godmother For Hire. It was time to stop thinking of it as a hobby. My husband made that easier to do when he suggested that if we moved into a bigger house I could stop sewing in the basement.

The house he had his eye on was a 200 year old colonial, quaintly referred to as a 'Fixer Upper' in the real estate listing. It had been unlived in for almost seven years. I agreed to look at it, just to humor him. Of course, we could buy it, I humored him, if we can sell our own house. I didn't tell him, I thought we'd never be able to sell our home. It sold in seven days.

What I didn't expect was that I would fall helplessly in love with the property we have come to call The Bright Side. That's a nod to Jane Austen's pretentious English manors, and Monty Python. We have over 2 acres, plus over a hundred acres of state forrest that surround us. Inside the house, we walk on two hundred year old wood planks where countless generations have tread before. When I'm not sewing there are always home improvement projects. My little princess has gotten very good at removing wallpaper.

I've made many discoveries here, like the original unpainted wood paneling in the dining room, hidden under 2 layers of early drywall and 14 layers of wall paper. And just as importantly, that little girls don't lose their love of dressing up just because they have children or grandchildren of their own. I began making costumes for little girls, but I am happy to make them for bigger girls now, too.

I continue to freelance in theatre, but my commute is now through the kitchen to my studio. That's right, I can say 'Studio' instead of 'Sewing Room' now.