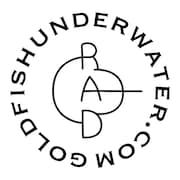 Announcement    I've moved the shop to my website! Check it out at www.goldfishunderwater.com/shop

I've moved the shop to my website! Check it out at www.goldfishunderwater.com/shop

Rachel De Urioste works in a variety of mediums including wood, oil, resin, watercolor, and felted wool. Her work is both playful and grotesque, exploring an imagined world of kind monsters, cynical cupcakes, and oysters with teeth.

Rachel learned how to draw at an early age by tracing Garfield comics. At 12, she decided it was time to start an original body of work, resulting in years of surrealistic black and white ink drawings. In high school, she came across photography and began her first explorations in color.

Rachel spent her first two years of college at Agnes Scott, where she spent late nights in a basement print shop, working on relief prints. She continued to learn about different forms of printmaking and photography after transferring to the School of Museum of Fine Arts, Boston, where she received her BFA in 2007. After graduating, she worked at an art store where she learned about picture framing and experimented with different mediums, looking for ways to create without print shop equipment or a darkroom.

After moving to Chicago in 2009, she discovered the process of needle felting though YouTube videos, and found her primary passion as a sculptor. Tired of the northern winters, Rachel moved back to Atlanta in 2012, where she now lives, works and continues to explore new ways of creating.

Rachel opened her Etsy shop in late 2014 as a way to share her prints and editioned art toys with a larger audience. Visit her website for more information about her art and process. www.goldfishunderwater.com

♥ Local? If you wish to pick up, let me know and i will remove the shipping charges.

♥ Custom Orders:
Yes, I do take custom orders! Feel free to message me if you have an idea for something unique you’d like to have made. Pricing of custom orders depends on the complexity of the project. Timelines on completion may vary.

♥ Copyright:
All of the stuff I make is based on my original ideas, and all of my designs and characters are copyrighted to me.

♥ Children:
Resin art toys are not intended for children. They can become choking hazards and are meant to be purely decorative. Please be kind to the creatures :).