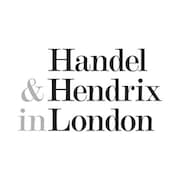 Separated by a wall & 200 years are the homes of two musicians who chose London & changed music.

In a single street in London, separated by a wall, are the homes of two of history’s most significant musical artists: George Frideric Handel & Jimi Hendrix.

25 Brook Street is the house that belonged to Handel and the place where he composed some of the world’s most enduring Baroque music such as Zadok the Priest, Music for the Royal Fireworks and Messiah. Visit the rooms where he ate, slept, rehearsed and entertained in a modest mid-terraced house for the last 36 years of his life and understand the man behind these incredible works.

The top floor of 23 Brook Street is the flat where Jimi Hendrix lived with his girlfriend, record player and guitar from 1968-69. Step back in time to 60s London and visit the room where he slept, partied, worked and relaxed. Come and see Hendrix’s only recognised home in the world.