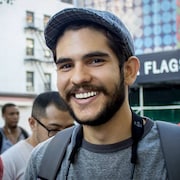 A reflection of my culture and faith through pottery.

Horacio Casillas was born in Chandler, Arizona and raised in Jalisco, Mexico until the age of 5. His family then moved back to the US to the small city of San Angelo, TX.

In 2013 he received his BFA in ceramics from Angelo State University and in 2018 he recieved his MFA from the University of North Texas. There at UNT is where he fired his first wood fired pots and where he gaind an immense appreciation for atmospheric firings.

Horacio’s work was published in the 2019 January issue of Ceramics Monthly, and he has exhibited nationally in galleries such as Companion Gallery, Clayworks, and the Houston center for contemporary craft. Horacio is currently working as a production potter at The Old Chicken Farm Art Center in San Angelo TX.