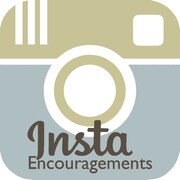 InstaEncouragements is taking a short break

Note from shop owner The shop is currently on vacation mode and will reopen on October 7, 2022. Thanks for stopping by and have a blessed day!

The shop is currently on vacation mode and will reopen on October 7, 2022. Thanks for stopping by and have a blessed day!

I don't know about you, but I'm not much for making New Year's Resolutions. However, I do agree, January 1 is a great time to reevaluate your journey and make positive lifestyle changes. I did just that on January 1, 2015 by committing to completely immerse myself in scripture in 2015 on a daily basis, because I wanted God to make me more like Him, and less like me.

A few months into this journey of mine I realized the need for an outlet to share all that was going on in my heart. So I started creating daily memes called InstaEncouragements and sharing them on my personal Instagram and Facebook. Some were reposted by friends and there were many positive comments, likes, and follows.

As InstaEncouragements gained followers, more and more people asked, "Can we purchase these in print form?" After several months of prayer, figure out all the logistics and the best way to proceed... it looks like we're on to something here on Etsy.

From the beginning, I've wanted God to make me more like Him and less like me. I was also hoping to be an encouragement to others along the way. Not JUST an encouragement, but also to equip others so they in turn can be encouragers too! That's really where my heart is.

Thanks for reading. I hope you will find something here that will enable you to BE AN ENCOURAGER to someone you cross paths with on your journey, and become "More like Him. Less like me."