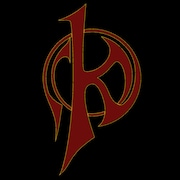 Kabunza is taking a short break

Note from shop owner Kabunza is currently Taking a break due to the Covid-19 pandemic. We hope to reopen once things have returned to normality. Thank you for your patience and we hope you all keep safe during this time of crisis.

Kabunza is currently Taking a break due to the Covid-19 pandemic. We hope to reopen once things have returned to normality. Thank you for your patience and we hope you all keep safe during this time of crisis.

Imagine if you will...

Both with interests in Arts & Crafts.

Between them, they sported a motley collection of crafting skills and loved to endlessly fiddle with things. They attended numerous gaming conventions, fetish festivals, craft fairs, shows, clubs and events. All the while, creating little extravagant additions or props for their outfits.

Eventually, Britain went into a recession and living became tough. So the two girls decided to start making things to sell in an effort to pay the bills.

You have stumbled into their little world of weirdness where the only limitation to any creation is time, materials and imagination.

Welcome to our Etsy shop. We have named it: Kabunza Craftwerks.

Due to our items being used extensively on the bare skin and/or private parts of the human body, Kabunza cannot offer refunds or exchanges on items purchased. However, if there is a problem with one of our products and we are contacted within 14 days of purchase, we will do our best to work with our customer to repair, alter or modify the item to customer satisfaction.

We accept purchases through our etsy shop by Paypal or credit card.
Payments by paypal can take up to 2 hours to clear. But please be aware that payments by credit card can take between 24-48 hours to complete.

All purchases from Kabunza are typically posted within 1-3 business days. Prices shown are for postage+packaging. All items are shipped via tracked,signed for and insured Royal Mail (when available, depending on your country of origin). This form of shipping is non-negotiable. We will always send the packages by the most secure means available to your country.

We will ship to the shipping address given via Etsy. Please make sure that this is the address you would like your item shipped to and that it is correct. We cannot be held responsible for an item arriving at an incorrect, non-valid or non-current address.

Please understand that, while it is an incredibly rare thing, if your package becomes lost somewhere between the time your package leaves our workshop and when it should arrive to your home, we cannot offer refunds or free replacements.

Any customs, VAT, or other import fees or tariffs are the sole responsibility of the buyer. Please do your research before making a purchase so you are not surprised with unexpected charges (above the cost of shipping) once your package reaches customs in your country.

Please contact us with any further questions or queries regarding these policies.

For custom orders, please make sure that all details about your item are correct before completing a purchase. Once purchased, an order cannot be edited and we will only be responsible for building the item originally requested.

The products in our shop are for use by consenting adults as novelties, fashion accessories, and sexual toys. Kabunza assumes no responsibility for unsafe, improper, or illegal use of our products. Please be safe, sane, and consensual.

All items are handmade in a smoke free and pet free environment.