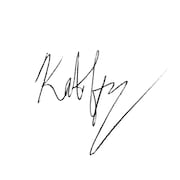 Katelyn is a multidisciplinary artist, refusing to work in only one medium to express herself. She works primarily in visual art, painting, drawing, photography, video, music, clothing design, and dance. She was born and raised in South Florida but has traveled abroad and lived in New York City upon graduating high school. She attended A.W. Dreyfoos School of the Arts high school in West Palm Beach, Florida majoring in visual arts and digital media, graduating in 2013. She attended California College of Art pre-college program studying Illustration and drawing in 2012. After graduating from high school she received a full tuition scholarship to attend Parsons the New School for Design in New York, NY. Although she only briefly attend Parsons from 2013-2014 before going off to do her own thing, learning, growing, and experimenting on her own terms. She attended Galerie 102 art residency in Berlin, Germany in 2017 exhibiting her art, music, and clothing designs during Berlin Art Week. She has had work shown in Art Basel, Berlin Art Week, Art Fort Lauderdale, as well as in other smaller established galleries.
Her world is heavily based around her own self image and self reflection, usually using heavy bursts of color, imagination, chaos, and sensuality.
She loves to imagine a world in which she creates for herself and others to live freely expressing their individuality.

Last updated on January 23, 2023
Welcome to my shop! Every supporter and customer is very much appreciated! Artist to artist-spreadin the love xxxx
Stay colorful <3