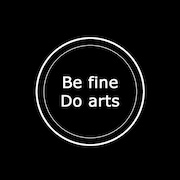 I love photoshootings!
Professionally engaged in photography since 2009. During this time, I tried to work in many styles - from reportage photography to weddings.
Now I’m shooting ﬁne-art photography because I believe that art can soften even the harshest souls.

Most of the costumes and decorations for my photos I create with my own hands.
Inspired by new places, countries, and people.

My works are an allegory of our world, a mixture of fairy tales and reality.
My characters are a part of ourselves, an alternate reality. The part that we fear, love or forget about.
With my work, I want to show that the world around us is not flat, but multifaceted. And everyone chooses for himself which character dominates in him today.

My works have been published in 100+ magazines around the world, many times they became covers.
Also, my work took part in several group exhibitions. Since 2020, I have been participating in personal exhibitions in Ukraine and Portugal.

I have also been teaching photography in several schools since 2007, giving workshops and Master-Classes in Spain, Ukraine and Russia since 1013.

My goal in photography is to show the viewer an illusory world that surprises and fascinates at the same time.
To endow the fairy-tale character with simple human feelings and put him in a real position so that the viewer can not only look at the hero in the picture, but also recognize one of the variations of himself.