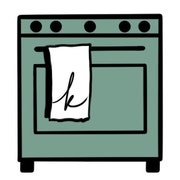 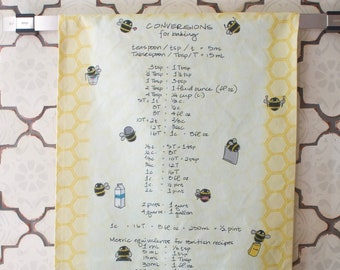 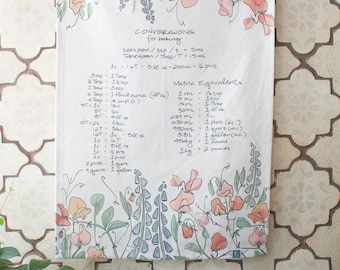 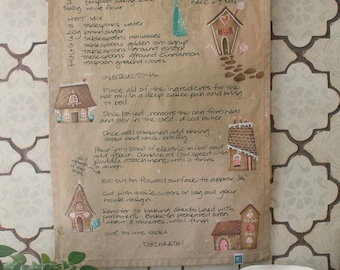 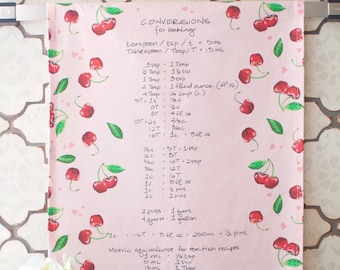 KITCHENETTI
One of the highlights of Kitchenetti is that everything is designed and sewn by two sisters - the Kitchenetti Yettis! Every label, tag and pattern is hand-drawn. Even our script is not a font - it’s our handwriting! It is very important that each aspect of creation is thoughtful and fun and we find this energy translates beautifully into our towels. Each Kitchenetti tea towel is a gift of style and collaboration.

SISTER STORY
Two sisters with very different career backgrounds, bring practicality and style together. Yetti1 is the youngest sister, of 4, with a background in aesthetics and mechanics. She is also an amazing cook, and it was her idea to put practical conversion charts on the tea towels because her own paper chart was dog-eared and tattered.

Yetti2 is the oldest sister, with a background in interior design and illustration. It was her idea to make uniquely illustrated tea towels that stand out and give your kitchen loads of personality and charm.

Both sisters had a passion for video games, art and sewing from a young age and bring a bright, fun and practical aesthetic to their joint venture.

BUT WHY YETTIS?
The yetti nickname comes from two things: being avid video gamers and being terrible spellers! As kids the sisters played each of the King’s Quest games together and called each other “yeti’ after a mishap in one of the games where they had to re-start weeks of gaming after being eaten by a yeti. They were terrible spellers and didn’t actually realize they had been spelling Yetti incorrectly on birthday cards and poems until they were adults. The spelling and the nickname stuck and now…well…it’s very yetti.

THE MARBLE BACKDROP
All of the Kitchenetti towels are photographed on a honed Carrara marble countertop. We do this for a few reasons - first, because the marble is neutral and non-reflective. Secondly, it’s very kitcheny right? And most importantly, this island countertop was designed by Yetti2 and used in her Interior Design studio for 12 years. When Yetti2 retired and closed the studio she gave the island to Yetti1, who uses it to this day as her own kitchen island. It’s the perfect manifestation of the sister’s energy, philosophy and style.