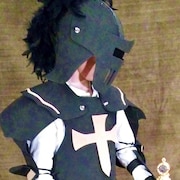 Raise a knight, change the world. 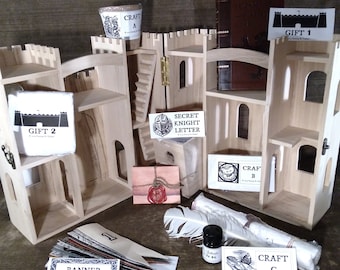 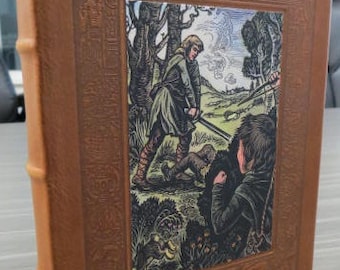 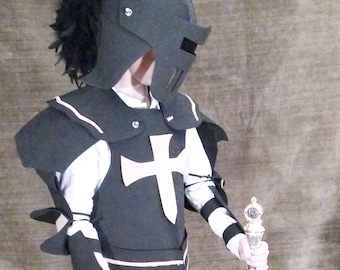 A WEE BIT OF BACKGROUND...

The medieval story of a farm boy named Gallant had already been in development for several years when the project expanded into a book + kit. The idea was to place a young reader into the classroom as the story's character was taught by a famous knight.
So I started with a wooden castle, branded it with my story nameplate and then began to fill it with unique crafts and gifts that fit the story line. When Gallant receives a real deerskin money bag in his lesson about generosity, the reader is sent to the Castle Kit to retrieve one of the crafts - all the pieces needed to assemble his own deerskin money bag. When Gallant learns to write a meaningful letter with a real feather quill and ink, so does the reader. The goal was to avoid plastic and mass-produced trinkets; and to create a one-of-a-kind keepsake that would encourage young boys to develop good habits and proper thinking. Carefully coordinated Biblical references create a solid foundation for the boy-to-young-man transition.
I knew that learning to be a knight would be great fun. The concept that a knight's suit of armor could be the final prize in this interactive castle kit made this a challenge worthy of investment.
What I've written and assembled is an engaging project I believe any young boy would love to tackle. I hope you'll agree.

See this Seller Handbook article for a sample privacy policy you can customize for your shop.
If you ship to the EU or offer your listings to buyers there, you're required to have a GDPR-compliant privacy policy by 25 May, 2018.
Privacy policy
I don't take your information for any purpose other than to mail you a great KnightGear package. Etsy, Google, credit card companies and anyone else you needed to get to my site and buy my product may have other plans. You'll need to check their privacy policies if you want to know more about how your information is used. Best regards!
Etsy prohibits the use of buyer information for unsolicited messages. See our Privacy Policy for more info.