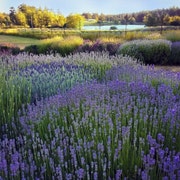 LavenderJewelry is taking a short break

Note from shop owner Thank you for an amazing 2021! All holiday orders are being created and will ship soon.
See you in 2022 when my studio reopens for new orders.

Feel free to send me a message if you have questions about placing an order. Thank you for visiting! See more @lavenderbeads on Instagram.

Thank you for an amazing 2021! All holiday orders are being created and will ship soon.
See you in 2022 when my studio reopens for new orders.

Feel free to send me a message if you have questions about placing an order. Thank you for visiting! See more @lavenderbeads on Instagram.

Sales 491
On Etsy since 2008
Video summary: I use colored glass rods and hand tools to sculpt the lavenders on stainless steel rods in the flame of an oxygen propane bench torch.

LavenderJewelry = What happens when a glass blower obtains job at organic lavender farm.

I started my etsy shop LavenderJewlery shortly after the my move to these beautiful islands. I had the opportunity to study art in Mexico and Italy, and received a BFA from Alfred University (near Corning NY) in 2002. After training as a traditional glassblower and exploring metal and glass casting techniques I made the move across the country to San Juan Island. The island (which I had never heard of) lies off the Northwest Coast of Washington State; part-way between Seattle, WA and Vancouver, BC and is only accessible by ferry or small plane.

The glass job that brought me to the island was seasonal and I ended up finding what I thought would be short-term work at the local organic lavender farm. Fast forward ten years later and I still work at the farm, designing and selling value-added handcrafted lavender products. The 25,000 lavender plants that thrive there are annually blooming inspiration for my original lavender glass bead designs.

The miniature-sculpted flower heads are, for me, a way of preserving the fleeting excitement of the fields in full bloom so that they can be enjoyed as adornments year round. I create each and every one-of-a-kind glass lavender bead and assemble the lavender jewelry at my home studio at the end of a long dirt road, in the Pacific Northwest's rainforest-like woods where I live with my husband and our two young daughters. We keep chickens and honeybees and keep a garden with a ridiculous number unusual lavender species.

Last updated on October 28, 2018
Thank you so much for visiting Lavender Jewelry, my Etsy home for the one-of-a-kind glass lavender beads that I sculpt floret by floret. Please Convo me with any questions or special requests, I do enjoy creating custom orders and bulk quantity discounts as well as wholesale information is available.

If, for any reason, you are not satisfied, please contact me and I will consider your return in its original condition and packaging (less shipping charges). Lavender Jewelry is not responsible for lost or damaged items due to shipping or customs fees and/or taxes.

Once I have received your order and payment I will pull your order to prepare it for shipping. If your item is not in stock, I will create one for you. Fulfillment times vary.

I ship all orders via USPS first class mail. Express Shipping is a possibility as well as placing a RUSH on your order to meet your gift giving deadlines.

Orders are shipped upon confirmation of payment.

If using PayPal, I will ship to your PayPal address. Please make be sure your address for Papal and Etsy correspond. If this is not the case, please Contact me to clarify which address is correct for shipping.

PLEASE NOTE: Your country may impose an import fee on shipments. Please be aware that I am not responsible for any extra fees charged by postal services outside of the U.S.A. Please contact your country's postal service if you have any questions about import fees.

I am also prepared for wholesale orders and do sell my work at a number of retail shops and galleries and am always looking to expand whether on consignment or a buying arrangement.

© 2007 by Andrea Kiernan. All rights reserved. All page and/or site contents and their arrangement are copyrighted in the United States and worldwide by international treaty by Andrea Kiernan. Any use of the works or content depicted on this page and/or site as it relates to the works of Andrea Kiernan and the content thereof, including but not limited to, reproduction, distribution, display or transmission is strictly prohibited. All Etsy users and administration are granted license to display and transmit images pursuant to the general terms of promotion exclusively within the Etsy site pursuant to the terms and conditions as contained in the Etsy Terms of Service.