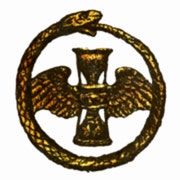 A Series of Tabletop Code-Breaking Adventures!

LegendAGameofMaps is a Star Seller!

Announcement    2022 Holiday Shipping Dates - To receive your game(s) by Christmas, please place your order by: December 15th for domestic US orders, and December 4th for all other locations. Thanks for ordering!!!

2022 Holiday Shipping Dates - To receive your game(s) by Christmas, please place your order by: December 15th for domestic US orders, and December 4th for all other locations. Thanks for ordering!!! 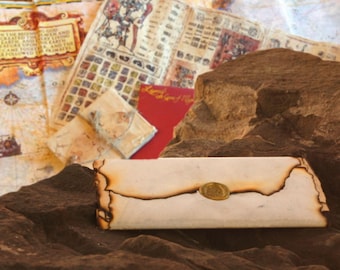 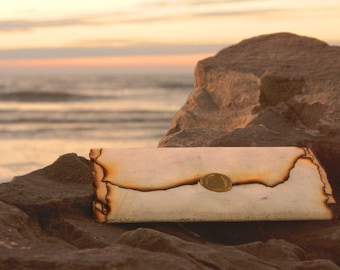 Tabletop code-breaking adventure of maps & exploration that immerses you in a complex web of murder, conspiracy and ancient treasure! 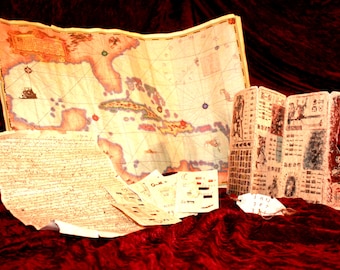 Adventures are great to read, but even more fun to go on!

Ron Francesangelo was born into a home of stories and adventure. His mother, a die-hard Star Wars fan, tells him he experienced the premiere of the first film because she was pregnant with him when she saw it in 1977. “I always get a kick out of her telling me that.”
Much of Ron’s youth was spent creating elaborate stories and immersive experiences for his friends. He re-emphasizes how much of an influence his mother had on him. “She’s the one who sent me on my first treasure hunt. When I was a kid, she made all these clue cards and hid them around the house, and I had to follow each one’s clue to find the next. It was awesome!”
Ron eventually attended art school where he studied computer animation. “I wanted to work in film, but these stories kept talking to me.” Then, just before graduation, he accidentally registered for an advanced creative writing course. The class took a vote, and decided he could stay. That class gave him the courage to take himself seriously as a writer. “It’s something I’ve always done (tell stories), but didn’t have the courage to actually call myself a ‘writer.’
So he wrote. A lot. And he rewrote (and rewrote and rewrote) until he finished his first novel, an adventure-fantasy for children age twelve and up – and for those who are children at heart.
Another passion for Ron is designing games. “They’re like stories, but ones people have to unwrap themselves. It’s like being IN a story. I just wish I could experience my games like first-time players do.” He laughs. “I already know what happens!”
His Etsy shop, Legend: A Game of Maps, is Ron's first foray into the world of online selling, but not his first creative business venture. He credits his father, who is successfully self employed, for his entrepreneurial spirit. At Ron’s shop, he sells his story-games (which he calls ‘tabletop treasure hunts’), handcrafting each and every one from true-to-life materials so that players feel like they are handling centuries-old artifacts. “I want them to be immersive,” he says. “I want players to feel like they are a part of the story."

Last updated on May 9, 2022
Legend: A Game of Maps is a series of tabletop, code-breaking treasure hunts which spans centuries and continents. It is immersive, challenging, exciting and best shared with others.

Each 'episode' of the series is a stand-alone experience, but only together do they form the entire mystery.

Will you be the one to solve it?

I ship USPS First-Class, which usually takes 3-5 days to deliver (domestic U.S.) once I mail it. The games come packaged in a padded manila envelope, which means you can have the manila/padded envelope addressed to one person (i.e. you), and the individual blue/red game envelopes addressed to another (i.e. your intended recipient, if for a gift).

1. Is this an on-going thing or a one-time item?
Legend: A Game of Maps is a series of tabletop treasure hunt games filled with code-breaking and mystery-solving adventure. Each game can be compared to a chapter in a mystery novel, except that these 'chapters' will continue to be useful throughout the series. It's designed so that all of the games are stand-alone (can be enjoyed and solved without needing the others in the series), but the overall story is best when they are used together.
Furthermore, the main, underlying mystery can only be solved with all the games combined, for each is really a piece in a much larger puzzle!

2. What if I get stuck and can't find the answer? Is it included in the package?
Legend: A Game of Maps is made to be an immersive experience, so everything you receive feels, looks and even smells like it's hundreds of years old. That being said, no answers are included. HOWEVER, a Hint System is available at www.legendagameofmaps.com. Each game also includes an instructional letter from 1908 which details how to get additional help if needed.

3. What do I do once I solve the mysteries/puzzles?
The included instructional letter contains information as to where to send your findings for analysis. If you are correct, you will receive the conclusion for the particular game you have solved which details the effects your solutions have on the world.
Each solved game pulls you deeper into a mystery which continues to unfold as you progress. It takes courage to begin and cleverness to solve this rabbit-hole of a mystery which spans continents and centuries.