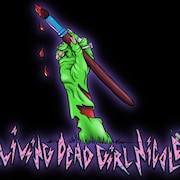 LivingDeadGirlNicole is a Star Seller! 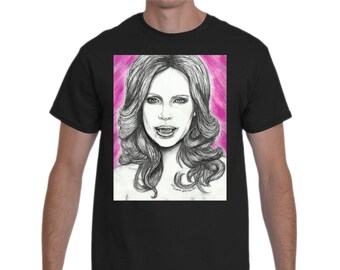 About the Dead Girl

Artist Nicole (Birmingham) Garcia AKA Living Dead Girl Nicole has been doing art since she was a young gelfling. Walking in her Dad's artistic footsteps and learning skills from him at a young age, she knew her passion for creating ran deep in her blood. As she got older she began to realize her admiration for the strange and unusual could also be her inspiration.

When she was little she would enter and win almost every coloring contest imaginable but was especially proud of the time she won tickets to one of her favorite places... the circus! Even more so when they presented the winners with their prizes in the ring! So proud, that her Dad kept that winning piece which she still has today. When she was not coloring she was the type of child that would be day dreaming of the day when her "I Wish" would call on Jareth to take her away to his castle beyond the Goblin City or when Pee Wee would get her letter and invite her to his Playhouse in Puppetland. During playtime she would often use her markers to change her doll's blonde hair into different colors of the rainbow and when her friends would talk about wanting to be ballerinas (she tried it and hated it) or growing up to look like Barbie she was the one that wanted to be Jem (even though she couldn't carry a tune) and grow up to look like her Dad's cardboard cut out of Elvira.
​
Nicole uses her creativity to work in various mediums and has become known for her portrait drawings, wearable Dead Girl Decay accessories and her creepy corpsified creations. She also enjoys just about anything that gets her creative blood flowing as long as it allows her to stay true to who she is as an artist. She continues to be drawn (pun intended) to finding the beauty in the odd and macabre and lives her life still hoping that the mythical worlds of Jim Henson and Tim Burton may actually still turn out to be real one day. A dusting of their magical inspiration has inspired many of her creations.

Nicole can often be found geeking out and networking at horror movie and comic conventions where at times she gives back to those who inspired her work by gifting them her original pieces. She then writes about these incredible encounters in her blog for her "Freaky Fanatics" (clients and followers) to enjoy.
​
Nicole is a prime example that no matter how sideways people may look at you or the subject matter of your art, there are no limits to what a creative mind can do if you stay true to who you are!

Please read my shop policies and contact me directly with any questions before ordering.