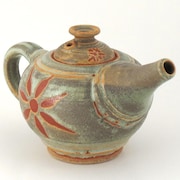 LomaPrietaPottery is a Star Seller!

Announcement    Stoneware and porcelain pottery inspired by the desert, lovingly handcrafted and designed to function beautifully in your home. Pottery makes a great gift. Tea tastes better in a handmade mug, so does coffee!!

Stoneware and porcelain pottery inspired by the desert, lovingly handcrafted and designed to function beautifully in your home. Pottery makes a great gift. Tea tastes better in a handmade mug, so does coffee!! 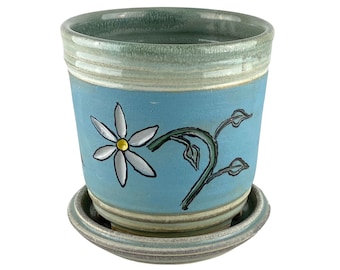 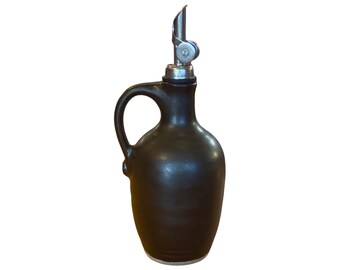 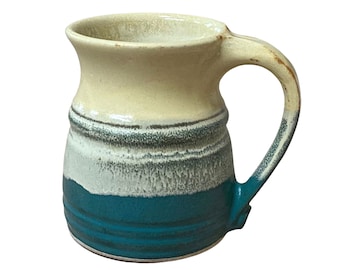 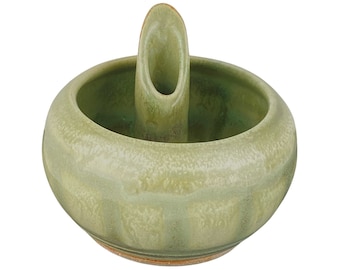 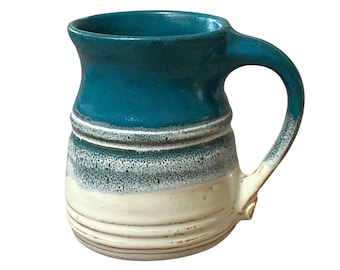 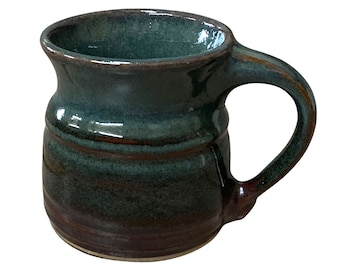 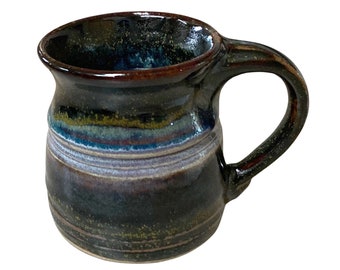 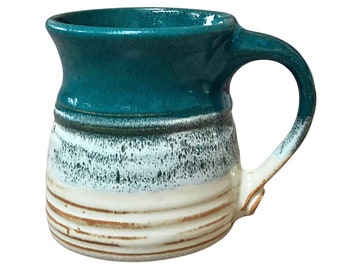 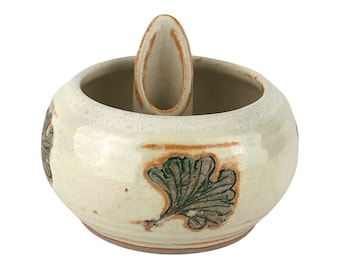 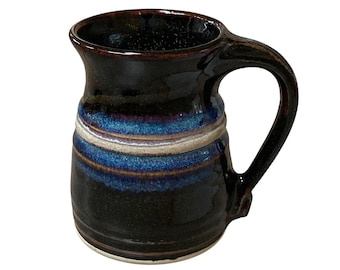 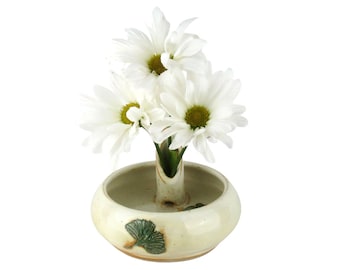 Sales 1,059
On Etsy since 2008
Video summary: Unloading the kiln is always exciting. Sharing the experience with this video!

A passion for making pottery for you to enjoy using!

My work with clay began as a serious hobby in the mid-70's when I discovered my love of making and using functional pottery. In 1990 Loma Prieta Pottery was established with an eye to becoming a business. In 2001, the hobby became a nearly full time activity when I left the corporate world and entered the world of juried art fairs and open studio tours. I enjoy these events and interacting with the public, but they require hauling heavy pottery and booth set-ups. In 2010, I discovered Etsy and promptly opened my Etsy shop. I was pleasantly surprised to not only find a very vibrant pottery community on-line but a community of customers that liked my work not only when they saw it, but enough to let me know how pleased they were when they received the items. Nothing pleases me more than when one takes the time to tell me that they love the item they just received from me.

Formerly located in the Santa Cruz Mountains of California, Loma Prieta Pottery is now located in my home studio in a relatively rural area of Tucson, Arizona. The studio is in a separate building just a few steps from my home. The studio is compact and comfortable with lots of windows with inspiring desert views including one of the Tucson Mountains. I am frequently visited by quail, rabbits, a hawk named Merlin, a few sneaky coyotes, javelinas and a bobcat named Geronimo.

Each pot begins as a lump of clay which I transform to a pot on a pottery wheel. The pots are then dried to leather hard a state where they are still damp but they can be handled without distorting them. Each pot is then trimmed to remove excess clay and finish the bottom of the pot. It is at this point that I carve designs, add handles or other finishing touches and in some cases, such as a teapot, assemble individual pieces.

As is generally true for most potters, I fire my work twice. In the first or bisque firing, pots are fired to a lower temperature than the final firing so that the resulting pottery has been transformed to a hard pot that is still porous.

I glaze each piece by hand primarily by pouring and dipping the piece in liquid glaze. I use a variety of techniques to achieve design. In some instances, patterns are brushed onto the surface of the bisqued pot. For pieces with carving, the carved areas are filled by brush with glaze and waxed All are finished by dipping or pouring glaze over the decorated surfaces where the simplest decoration is achieved overlapping glazes

Another technique I use is to apply texture to the surface of a thrown cylinder before shaping the pot which requires that a portion of the form be thrown from the inside without touching the outside surface. These pieces are completed by layering glaze over the textured surface where the first layer is wiped from the raised surface before applying the second glaze layer.

Each piece receives a final firing in a gas kiln fired to 2340° Fahrenheit in a reduction atmosphere. The firing is complete in 10 hours; however, the kiln needs to cool down for about 30 hours before it can be opened.

Making pottery is not a short process. If nothing else, the making of pottery teaches you patience. But the reward of opening the kiln is worth the wait!

And, remember, tea tastes better in a handmade mug. So does coffee!

Request a cancellation: within 2 hours of purchase

Why I Need Your Information and How I Use It
I rely on a number of legal bases to collect, use, and share your information, including:
• as needed to provide my services, such as when I use your information to fulfill your order, to settle disputes, or to provide customer support;
• when you have provided your affirmative consent, which you may revoke at any time, such as by signing up for my mailing list;
• if necessary to comply with a legal obligation or court order or in connection with a legal claim, such as retaining information about your purchases if required by tax law; and
• as necessary for the purpose of my legitimate interests, if those legitimate interests are not overridden by your rights or interests, such as 1) providing and improving my services. I use your information to provide the services you requested and in my legitimate interest to improve my services; and 2) Compliance with the Etsy Seller Policy and Terms of Use. I use your information as necessary to comply with my obligations under the Etsy Seller Policy and Terms of Use.

Data Retention
I retain your personal information only for as long as necessary to provide you with my services and as described in my Privacy Policy. However, I may also be required to retain this information to comply with my legal and regulatory obligations, to resolve disputes, and to enforce my agreements. I generally keep your data for the following time period: 4 years.

How to Contact Me
For purposes of EU data protection law, I, Terry Parker, am the data controller of your personal information. If you have any questions or concerns, you may contact me at terry@lomaprietapottery.com. Alternately, you may mail me at: 6131 N Desert Willow Dr, Tucson, AZ 85743
Etsy prohibits the use of buyer information for unsolicited messages. See our Privacy Policy for more info.

All of my pieces are packed with care to ensure their safe arrival. I have lots of experience with shipping my work so you can feel confident that I will get your item to you safely.

I double box each shipment after carefully wrapping each individual item in bubble wrap inside of the interior box. I use cushioning material between the interior and exterior boxes so that the resulting package can withstand being dropped or having other boxes stacked on it. Should an item break in shipment despite these precautions, I will gladly issue a full refund or send a replacement item (your choice).

To include a note with a gift purchase, check "this order is a gift" to bring up a checkbox for "add gift message for free".

How do I purchase an item on Etsy?

If you are new to Etsy, check out the help guide "How do I purchase an item on Etsy?" which can be reached via this URL http://www.etsy.com/help_guide_checkout.php .

Will I be charged sales tax?

Orders that ship to states requiring the collection of marketplace sales tax will be charged sales tax. This includes Arizona where my shop is located. Other states requiring this can be found in this Etsy help article: https://www.etsy.com/seller-handbook/article/marketplace-sales-tax-where-etsy/321914904041 .

Sales tax will be automatically figured into your invoice.

How will my purchase be shipped (Domestic orders (USA)) ?

Shipping is calculated based on the zip code to which items are to be shipped. USPS shipping upgrades if available for an item can be selected at checkout. I am sometimes able to upgrade USPS Parcel Select shipments of larger items to ship via Fed Ex Ground (Home) at no extra charge. If you do not wish for me to do so, please indicate that desire in the message to seller.

If you wish to specify use of a particular method (Fed Ex or UPS) that is not selectable at checkout, please do so in the message to seller and I will notify you of the change in the shipping amount before sending you an invoice for any additional charges.

How will my purchase be shipped (International orders)?

International packages are shipped using International First Class Mail for items under 4 pounds or Priority International for heavier shipments. Shipping upgrades if available for an item can be selected at checkout.