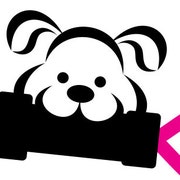 MOOTUGS is taking a short break

Note from shop owner Mootugs is currently closed for the season and may re-open for the holidays in 2022.

Mootugs is currently closed for the season and may re-open for the holidays in 2022.

Once upon a farm, Moose, aka Sir Licks-a-Lot, took a long road trip all the way from the suburbs of Minneapolis, Minnesota to the tiny town of Erie, Colorado. It was here that he got to meet his fur-cousins for the first time: Mabel, the cattle dog, and Roxy, the blue-eyed husky.

Now Mabel and Roxy thought Moose had a funny accent. They teased him for the way he said “soda”. They laughed when Moose said things like “You Betcha” and “Oofta”. Well, Moose just thought his two cousins were really smelly, if not a tad country. After all, Mabel and Roxy lived in a trailer on the farm! They even had poopy paws. Being a city boy, Moose thought these two redneck pups were like nothing he had seen at the dogpark before.

On the last day of vacation, Moose thought to himself “How can I bring this udderlicious smell back to Minnesota?” Moose thought if he could achieve this, all his lady friends at the dogpark would fall in love with him. Heck, maybe he could make friends with his barky doggy neighbors! Moose had to find a way.

It was then, as Moose was watching Mabel and Roxy herd the cows, a lightbulb went off. Moose had seen Mabel and Roxy replace the milking tubes the day before and they were now in the trash! Moose sprinted to the dumpster and to his excitement was a pile of used rubber tubes. Moose pleaded with his mommy to bring these glorious treasures home. Mom caved, as she usually does when Moose gives her the puppy-eyed look.

So, after Moose made a few tugs he decided to share and let everybody know what a great new toy he had created. He has since shipped MOOTUGS all over the world. They have been to Australia, Japan, Canada, and the UK! Moose, also being a thoughtful dude, decided to pay if forward and donate a percentage of his sales to helping other dogs in need. Moosie, you're a good boy! Woof!

Mootugs are a novelty dog toy created using recycled rubber milking tubes - that milked real cows! The rubber is soft and flexible. Your Mootug is expected to last for many fun tug-of-war playtimes with your pup.

Mootugs are NOT chew toys and you should not allow your dog to chew on it because they will destroy it. Until you know how your dog will play with their new Mootugs, please keep it out of reach between play sessions.

Since launching in 2012, we have donated a portion of our sales to various dog rescues and charities across the United States and continue to do so today.

Please message me for wholesale availability.

Due to the nature of this product, we don't offer a traditional product warranty. We are dog parents and understand mistakes happen, so we do use common sense.

If your Mootugs does not stand up to several tug-of-war sessions and you would like a replacement, please kindly message us with a pic of the damage. Replacement Mootugs will be provided on a case-by-case basis and the customer will be required to cover new shipping costs.