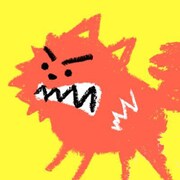 MadBoogieCreations is taking a short break

It all started with a couple of artists...

Mad Boogie Creations is an art house founded by Amanda Duarte and Gus Lima. Located in Curitiba, Brazil, the studio specializes in creating whimsical and outstanding visual content for companies around the world.
Amanda and Gus have been working together since they met in art class in 2009. It wasn’t until November 2011, though, that they quit their previous jobs and founded a proper company - and for 8 years, they called themselves Limetown Studios.
Since then, they’ve worked for well known brands such as Disney Publishing, Blizzard Entertainment, Fantasy Flight Games, Ghost Story Games, Dark Horse Comics, Atomic Cartoons and more. They have also been part of major conferences, publications and podcasts in Brazil like Topia Art Experience, CCXP, ICONIC and RevoNow Conference.
Between 2018 and 2019, the couple began developing their own personal projects and IPs, focusing on world building, storytelling and design. This is what the new brand represents: Mad Boogie is not only an outsourcing art studio, but also a creative lab.