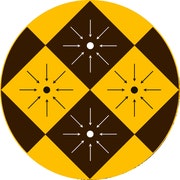 The first self-adjusting chess sets in the world.

Announcement    Welcome to Magnetus Chess! We are excited to offer the first self-adjusting chess sets in the world!

Welcome to Magnetus Chess! We are excited to offer the first self-adjusting chess sets in the world! 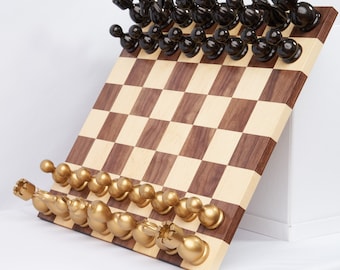 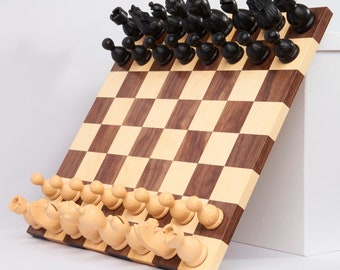 The first self-adjusting chess set in the world.

The Magnetus Chess set was created by Sophie, a chess enthusiast and a craftswoman. Sophie likes playing blitz (fast games), but she has always struggled with the fact that the pieces inevitably go into disarray, as there is no time to adjust them into the center of the squares. She noticed the same problem even where super Grand Masters are involved in elite blitz tournaments, which she usually watches live. When pieces go into disarray, Sophie not only gets confused, but she also finds it aesthetically unpleasant, both as a player and as a viewer. Frustrated with this, Sophie applied her craftsmanship and ingenuity to create Magnetus Chess sets. It was too much fun to ever look back.

Why I Need Your Information and How I Use It

I rely on a number of legal bases to collect, use, and share your information, including:
- as needed to provide my services, such as when I use your information to fulfill your order, to settle disputes, or to provide customer support;
- when you have provided your affirmative consent, which you may revoke at any time, such as by signing up for my mailing list;
- if necessary to comply with a legal obligation or court order or in connection with a legal claim, such as retaining information about your purchases if required by tax law; and
- as necessary for the purpose of my legitimate interests, if those legitimate interests are not overridden by your rights or interests, such as 1) providing and improving my services. I use your information to provide the services you requested and in my legitimate interest to improve my services; and 2) Compliance with the Etsy Seller Policy and Terms of Use. I use your information as necessary to comply with my obligations under the Etsy Seller Policy and Terms of Use.

- Etsy. I share information with Etsy as necessary to provide you my services and comply with my obligations under both the Etsy Seller Policy and Etsy Terms of Use.
- Service providers. I engage certain trusted third parties to perform functions and provide services to my shop, such as delivery companies. I will share your personal information with these third parties, but only to the extent necessary to perform these services.
- Business transfers. If I sell or merge my business, I may disclose your information as part of that transaction, only to the extent permitted by law.
- Compliance with laws. I may collect, use, retain, and share your information if I have a good faith belief that it is reasonably necessary to: (a) respond to legal process or to government requests; (b) enforce my agreements, terms and policies; (c) prevent, investigate, and address fraud and other illegal activity, security, or technical issues; or (d) protect the rights, property, and safety of my customers, or others.

I retain your personal information only for as long as necessary to provide you with my services and as described in my Privacy Policy. However, I may also be required to retain this information to comply with my legal and regulatory obligations, to resolve disputes, and to enforce my agreements. I generally keep your data for the following time period: 4 years.

My Service does not address anyone under the age of 18 (“Children”). I do not knowingly collect personally identifiable information from children under 18. If you are a parent or guardian and you are aware that your child has provided me with Personal Information, please contact me. If I discover that a child under 18 has provided me with Personal Information, I will delete such information immediately.

If I return my purchase, do I get a full refund?

We will be happy to refund the amount that you have paid in full minus the shipping fee (applicable only to purchases within the US) and any transaction fees associated with your purchase (e.g. 3.5% Etsy transaction fee and $0.2 listing fee). You are responsible for the cost of your return shipment. You must return our product in the same condition as received.