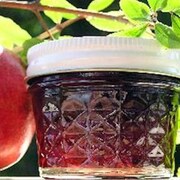 McFaddenRanch is taking a short break

James McFadden shares a frontier heritage with his wife, Marilyn. James McFadden's great, great grandfather, John McFadyen, sailed from Scotland to the United States in 1826 and bought land for a farm in upstate New York. There he met his wife-to-be who had also immigrated from Scotland and together they raised four sons who had never seen a kitchen stove until leaving home (they cooked over the hearth) and traveling west to California in the 1860s and 1870s. Jim's great grandfather, John McFadden, rode across the country on horseback. He first worked as a school teacher for a year in Grass Valley, CA, and then joined his brothers in their business in present day Orange County, California.

The McFadden brothers established McFadden's Landing (now named the Newport pier), a pier and railroad, at the area now known as Newport Beach, where tall merchant sailing ships docked with their cargos. The brothers also began to invest in and farm the extremely fertile land of future Orange County. James' grandfather, Edwin Thomas McFadden, was born in Santa Ana in 1890, and his father, Edwin Thomas McFadden Jr., was also born in Santa Ana in 1930.

As a boy, Jim's dad accompanied his own father on the rounds of the citrus and avocado orchards he managed in Tustin, Irvine, and El Toro, and with which the family had financial interests. The 126 acre Los Alisos Ranch, in the foothills of the Santa Ana Mountains in El Toro, where Jim was raised, was purchased in 1926 and quickly planted with citrus and avocados. Jim grew up on the Ranch, accompanying his own dad and learning not only to perform all ranch jobs, but developing a personal pride in his land and in a job well done. Jim began driving the ranch tractor in junior high school, re-cutting new irrigation furrows in the spring. Using a chainsaw he cut apart 100-foot tall eucalyptus trees from the orchard's windbreaks that had toppled to the ground during Santa Ana winds. With his brothers he watered the Valencia orange trees using the old low-pressure cast-cement pipeline system with cement irrigation stand pipes.

Thus a lifetime pattern was established, of hard work, of pride in work accomplished, and of an affinity with the earth and the land.

Marilyn McFadden’s family homesteaded Lamb’s Canyon, in Riverside County in the foothills below Idyllwild, which many people mistakenly believe was named after bighorn sheep that once roamed the area. Marilyn’s great, great grandparents, Elijah and Harriet Lamb, traveled west in a covered wagon to Campo in San Diego County. Their first child, Edgar Lamb (Marilyn’s great grandfather), was born there in 1863. By 1866 the Lamb’s had moved north, a timber claim was made, and the family settled into their new home--Lamb’s Canyon.

The Lamb’s filed the first cattle brand in Riverside County in 1893. Unfortunately the family later had to move out of the canyons into the San Jacinto Valley when their artesian ranch springs went dry after the Municipal Water District tunneled through the hills for the California aqueduct. Marilyn’s grandfather was a foreman on a cattle ranch in San Jacinto where Marilyn’s mother, Mary Lamb, was born. Her grandmother was a lay taxidermist and sold her stuffed birds and small mammals to supplement the family income. The Lambs raised their own chickens, rabbits, pigs, vegetables and fruit.

Mary Lamb eventually married David L. Flake, the future California Dept. of Forestry Fire Chief of Riverside County. David, of Choctaw descent, had also been raised in a rural setting growing his own vegetables and maintaining his own livestock. Together they developed Sunnyside Ranch in Menifee, named after another family homestead in Arizona. Here they grew avocados commercially and maintained their own orchard, garden, horses, livestock for family use. An organic life was ordinary as the family water source was well water.

This is the ranch Marilyn grew up on and where she gleaned the value of her heritage of ranch living and an appreciation for traditional family recipes, crafts and fresh handpicked produce.

Our customers are our priority. In the unlikely event you should have a problem with your product or delivery, please do not hesitate to contact us immediately so that we can assist you to make you happy.

We accept Paypal, Visa, MasterCard and all major credit and debit cards. Our average shipping is between one and three days after payment is received.

Our average shipping is between one and three days after payment is received. We ship via US Priority Mail. We can ship via UPS or FedEx upon request. We can also ship overnight when possible at an additional charge. $50 of insurance is included and tracking number is available.

We can make some custom orders. We can also fill orders for corporations and weddings. Just send us an email to mcfaddenranch [!at] cox.net or give us a call at 619.749.7200 with your ideas and we'll discuss whether the idea, deadline, and price are possible.