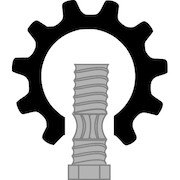 The Birth of Metis Industries

Metis Industries was slow in coming - it all began with one 3D printer that just didn't want to work. This printer was a MakerFarm 8" Prusa i3 that we loveingly refer to Prusa. Prusa was purchased August 2013 as a kit, was assembled by me and my husband over the course of a couple weeks, and refused to read files off of an SD card. This meant we couldn't print. After many hours of him trouble shooting, frustration, and my refusal to assist, Prusa took its place in the back corner of my husband's workshop, there to collect dust and other sundry things.

Fast forward to January 2015 - I had been studying to get my A+ certification, and with my technological ego at an all time high decided that yes, I could get Prusa working, and wouldn't that be a lovely Valentine's Day gift? I learned the circuit diagrams, taught myself how it was to operate, how to work the software, connected Prusa directly to my computer, and fired him up. Ability to read files? Check. Ability to control the printer motors through the software? Check. Ability to warm up? Check. Ability to print? CHECK!? After some research I discovered that somewhere along the lines, people figured out that Marlin (the printer's software) was unable to read off of SD cards for some reason or another. *facepalm* The thing had worked the entire time and we never knew!

This new hobby quickly engulfed me and I found myself running Prusa every moment he had uptime. This, of course, meant that I had become a professional Prusa maintenance woman, all of my free time being spent fixing him. Why the downtime? Because poor old Prusa has this nasty habit of rattling himself apart as he's mostly made of WOOD. Yes, someday I'll be able to tell my grandchildren that my first 3D printer was made of wood. And then they shall laugh and laugh.

With my new found obsession came another -designing 3D models to print. Check out my designs at Thingiverse, Makerbot's repository of 3D models:

At the urging of my family, they suggested that since I was designing and printing, why not start selling? I used to sell fiber arts supplies under the name of Luna Aura Fiberworks, so why not get back into it? I brushed them off as insane to suggest such a thing, but with both me and my husband designing 3D models, it started to seem like the sane idea. That, coupled with the frustration of Prusa's downtime, we expanded into a family/network of 3D printers that you can see below in the photos section.

If you were interested in my husband's designs, you can find them here:

Last updated on January 23, 2023
Welcome to Metis Industries. We offer a variety of 3D printed items for the fiber arts such as drop spindles, giant circular knitting needles, and stitch markers. We strive to add unique features to your fiber arts experience by providing you with 3D printed tools and accessories.