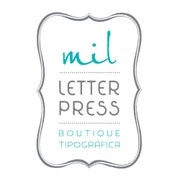 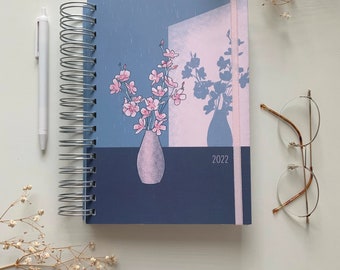 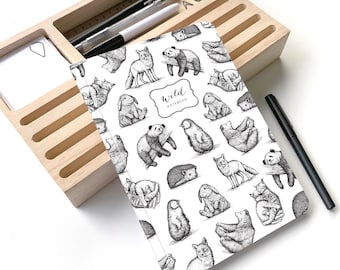 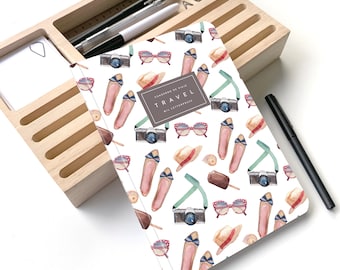 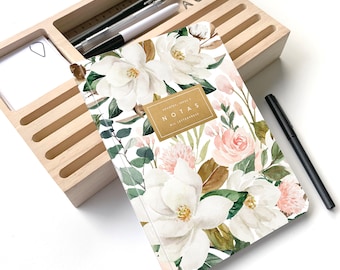 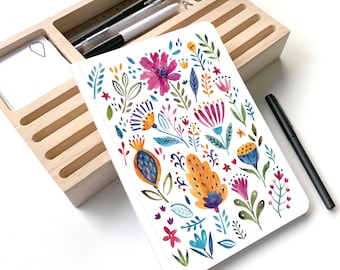 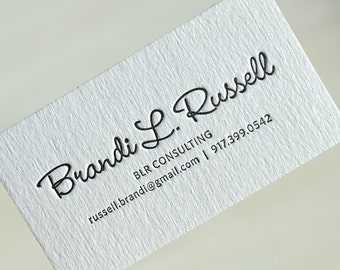 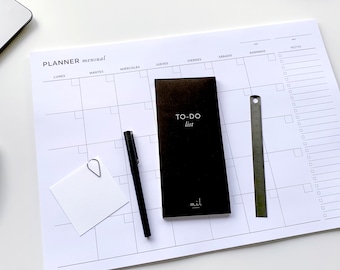 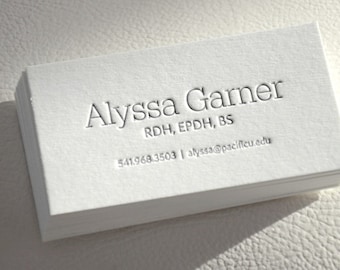 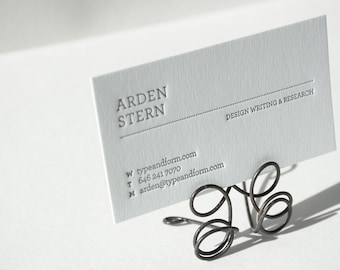 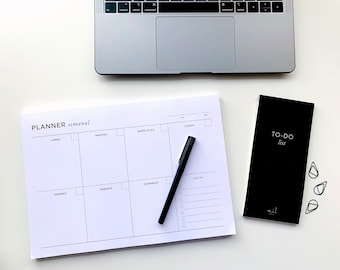 It starts with me, Maca. After 20 years of being a graphic designer devoted to logos, webs and brochures… I discovered letterpress. Yeah! My life changed instantly. So many years of computer digital files now turned into stained hands and dirty clothes…! I've never been so happy though, and it's all due to rediscovering what Gutenberg began almost 600 years ago… pretty amazing, right?

With my husband's help I got my first press… he found her. "Bonita", as my daughter called her, a 1809 Chandler & Price platen press who has been standing alone on a garage for several years… Poor thing!

She began printing from day one… at first I though she was kind of an alien with all her strange iron arms… but I really got her personality instantly. She was a keeper! We bonded so fast… we started producing at first some awkward pieces until we began to team up… and then our first serious job order arrived (thanks Ben from Australia!) and we totally nailed it.

Two years later we found "Bing" (in honor of Chandler Bing from Friends, as she is a Chandler & Price as well). Bing was in pretty bad shape so she was in desperate need for make up and tuning. Once she arrived she looked as brand new.

Since then we are producing stationary pieces that you can feel, touch, sense the relief, shape, depth ... A heavy paper, textured, with cotton moisture and odor… Rich, thick, hand-made… Letterpress is new and old at the same time, is the revival of the traditional boosted with modern design.

I truly love letterpress and hope you'll love it too...

Last updated on May 9, 2022
Welcome to Mil Letterpress. We can hand-print your stationery on our antique presses and give your cards or stationery items a new style people will not forget.

We strongly advice you to print your order page/s to check design details, font sizes, spelling or any other possible considerations you might have. Please, check when printing that your page is set up at 100% (real size) so that you have an exact idea of how your job will look when printed.

Once you approve this final design, Mil Letterpress is not responsible for any misspelling error or design considerations. This means that if there is a error, that will be a full charge for re-printing and re-shipping the cards. Mil Letterpress wil not give refunds for approved designs.

In case you have any other kind of problem with your order, please contact us and we will always provide a solution for you.

We accept Paypal payments or bank deposits. Orders must be fully paid in advance.

Unless stated otherwise, we ship from Correo Argentino, via EMS shipping service. It is an express delivery service which connects more than 190 countries and territories worldwide, and works with every national major postal service company. In the US they work with USPS.

If you would like a faster delivery please contact us with your location and the items you are planning to purchase so we can give you an exact shipping quote.

After we ship your package, we will send the tracking code number for you to follow it on-line.

***You will be responsible for following the shipping track record on-line and being attentive to delivery date.***

Please keep in mind that EMS packages need to be signed for when delivered, so someone necessarily needs to be available to receive the package all the time (PO Boxes are not accepted unless there's someone available for signing at all hours), if not they will leave a notice slip. You will only have 5 days for claiming a re-delivery of your package or retrieving it from your closest post office. Once this 5 days are due, package will be returned to us. Remember you will have all the information on line and you will be responsible for following the shipping track record and being attentive to delivery date. After this 5 days are due we cannot accept any claims and it might take a month or more to get the package back to us. Shipping will then need to be repaid by the client for the package to be shipped once more.

Packages weight over 2 kg might be sent in 2 or more separate boxes.

***Please note that you would also be liable for any Custom tax, Import fee, VAT, etc. if charged.*** Orders that are shipped internationally may be subject to import taxes, customs duties and fees levied by the destination country. We have no control over these charges and cannot predict what they may be. Customs policies vary widely from country to country; you should contact your local customs office for further information and let us know before shipping if there's any special requirement.

If your order still has not arrived, please feel free to contact us. However, we will need to wait for 6 weeks from the posting date before we consider it as a lost package.

In case you have any other kind of problem with your order, please contact us and we will always provide a solution for you.

***When files are digital files in various formats like png,jpg, jpg, they will be sent via email.***

Please check our FAQ on this link:
http://www.milletterpress.com/eng/seccion.php?id=31