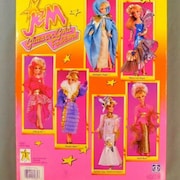 Announcement    Handmade by one artisan. I am one person doing all the designing, fabric sourcing, patterndrafting, cutting, construction, emails, sales and making the tea.
https://www.facebook.com/MissMartiniCorsetry
All designed & constructed in New Zealand.

I keep a blog diary of my experiments and constructions here
https://missmartinicorsetsdotcom.wordpress.com/
some times instagram https://www.instagram.com/xxmissmartinixx/

Handmade by one artisan. I am one person doing all the designing, fabric sourcing, patterndrafting, cutting, construction, emails, sales and making the tea.
https://www.facebook.com/MissMartiniCorsetry
All designed & constructed in New Zealand.

I keep a blog diary of my experiments and constructions here
https://missmartinicorsetsdotcom.wordpress.com/
some times instagram https://www.instagram.com/xxmissmartinixx/

Got on first tredle sewing machine at 4years old, my gran put me on it then she couldnt get me off it. haha ~ making dollies clothes.

Went to fashion college in NewZealand at 18years old.

Since 2007 began foray into corsetry, working from home after burning out from work in movies/tv :(

New designs for 2012 for my first launch as Miss Martini Corsets
All constructed in New Zealand.

June 2012 - Monster High Wardrobe added to my shop! Fell in love with Operetta and had to make her some pvc outfits, it bloomed from there :)

Last updated on May 10, 2022
All items made by one artisan from New Zealand

These corsets and other items are all handmade by me just ONE person!
I do all the pattern - drafting from scratch or alter existing patterns.

Sourcing of fabrics and corset supplies can take weeks to arrive to little Miss Martini at the bottom of the world, and I have spent years refining affordable supplies taking into account it must all come from overseas and include shipping costs.
I like to make 'stuff' and I do it because I love it.
I work from home and I have no overheads or tax/gst to pay, none of this goes into my pricing.
If things change, well then things will change! :P

Request a cancellation within: 4 days of purchase

No returns
Refunds at Miss Martinis discretion usually after amiable communication.
No refunds after 14 days.
All measurements are provided on each listing - No returns/exchanges/refunds on wrong size.

IF Miss Martini sends the wrong size/item please contact asap and we will refund shipping once incorrect item is recieved and pay for shipping for correct item.
Refund given only if item is past due date that buyer has previously communicated.


LAYBUY CONDITIONS\
Ready made items over USD$50.00 qualify for laybuy.
All deposits are non refundable.
4 weeks to pay unless otherwise arranged.
USD$20.00 deposit required initially to secure item.
Private message Miss Martini to advise which item is to be laybuy and private listings will be set.

• Please check your measurements against the off the rack corset you wish to purchase.

• Items that are the wrong size can not be returned, exchanged, altered, or refunded.


• Items will not be sent out until full payment is made.

• Off the rack items can not be returned, exchanged, altered, or refunded

• If you are dissatisfied with your purchase in anyway, please give ‘Miss Martini Corsets’ the opportunity to resolve the problem before placing negative feedback.

• Please feel free to email as many questions as you feel you need before making a final purchase.


Custom size with no mockup available to international customers.
Up to 2 weeks allowed from date of first contact to settle on the finished corset design/details/style/colours etc.
Full Payment expected up front to secure your order

New Zealand residents may use payment plan, please message me to set this up.
The corset will be sent out/picked up once the total remaining balance is paid
Laybuy/layaway purchase is available. $50 deposit is required, then 4 weeks to pay off the remainder.
Items will not be sent out until full payment is made.
All original emails answered. That just means if it is a repeated question that has been replied to, it will be ignored.


~Destinations recieving International Courier Tracked~
If your country is not listed below then International Express Courier should be available though much more expensive.

Please note that International Courier service is only available to major cities in India.
listed below

Parcels (gifts, merchandise or samples) sent to Russia using International Express Courier service can only be sent if addressed from a business in New Zealand and consigned to a business in Russia. We cannot accept parcels addressed from or to individuals in this channel to Russia. Documents can still be sent from, or to individuals using this service.

Here is an invisible pot of gold for making it this far down. :P

MMC believes very strongly in quality and long life when it comes to the
construction of your corset.
If there is any failure in the construction that is obviouslyat the fault of MMC,
please don’t hesitate to contact and disscuss repair.
Please email clear photos and clear descriptions so the damage can first be
assessed by MMC.
MMC will pay for return shipping if the client is prepared to send the corset
back for repair. MMC will also supply the labour and parts needed.
Example- If in 6 months one of the steel bones has worked its way through a fabric
channel, this is the kind of situation that will be remedied by a ‘lifetime
guarantee ‘ of your corset.

The only finance required is the cost of postage to MMC.