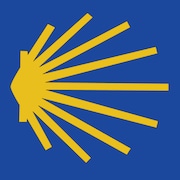 MonumentMoonStudio is a Star Seller!

MonumentMoonStudio is taking a short break

Note from shop owner On Vacation until July 3rd.

On Vacation until July 3rd.

Frank and Ginny Maiolo (rhymes with payola) were born in Southern California growing up in the heydays of the 1960’s. They experienced traditional values juxtaposed with the burgeoning peace and love generation. This influenced their lives by creating a need for adventure, exploration and art appreciation. With this background and a long fermentation time, fast forward to now: married 34 years, three adult children, two grandchildren and retired from the corporate world.

Frank and Ginny have traveled extensively throughout their 34 years of marriage in an attempt to appreciate and understand other cultures. While their early lives were shaped by the ocean and beach, their last twenty years have been spent in the beautiful mountains of Colorado. This husband and wife team have returned to what they valued as children; nature, freedom and individuality.

Ginny has been artistic throughout her life enjoying all aspects of design. Her primary focus since 2007 has been painting (watercolor and acrylic). Last year she began the quest to learn metalsmithing. Ginny’s love of nature presents itself in organic designs with the use of beautiful gemstones and mixed metals. Frank has had a love for photography since high school and became a student of metalsmithing and jewelry design after seeing the tactile delight it offered his wife. His interest in Native American and Latino art and culture is evident in his designs. Drawing upon their love of nature, world travel and creative imaginations they have collaborated to produce a unique style of jewelry. Combining the masculine and feminine, simple and complex they have created unique metalwork designs that are timeless in their beauty and form.

Their first public exposure, after a year of friends and family being the recipients of their creations) is the Monument Hill Farmer’s Market in Monument, Colorado running from May 2013 through the middle of October 2013. Several other venues are planned in the fall.

Frank and Ginny consciously decided that it is never too late to begin something new even if the fire began with a creative spark that has smoldered for over three decades.

Last updated on May 9, 2022
Welcome to my Etsy shop! All of our jewelry is hand made in our studio in Colorado.

We want you to love your jewelry item. If you are not completely satisfied with your purchase you may return the item within 7 days of receiving it for exchange or credit ONLY (excludes custom orders). Custom orders are anything requested by the customer that is not included in the product description (date, name, etc.). All credits must be used within 30 days from accepted return. Item must be in its' original packaging and in perfect, unused condition. Sorry, shipping costs will not be refunded.

All credit cards accepted. Item will not be shipped until payment is received and cleared.

All custom orders must be prepaid and no refunds or exchanges allowed.

We charge a flat shipping rate of $9.00 to any address in the Continental U.S. All other US locations will be charged based upon USPS First Class calculator + $5.00 handling charge.

Unless otherwise noted we use USPS Priority Mail for all my shipping. This will include a tracking number and $50 insurance. Additional insurance must be paid for by the buyer.

Refund and exchange policy does not apply to orders of 5 or more of one item.
Please feel free to contact me if you have any questions.

Exchange orders will be charged a $9.00 shipping and handling fee.