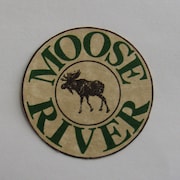 Hello everyone.This is what a canoe looked like before cold metal and plastic invaded it's symmetry.
***NEW*** Bending Branches Sunburst Premium Paddle upgrade.

Over the years I built a few full size canoes,sold a few but none were a rib and plank canvas canoe.
The blue print of the last full size canoe I built hung on the wall.It also showed the canoe in 1/8 scale.My desire to create and my jack of all trades back round got me thinking I might be able to build one in 1/8 scale.And I did. And it took a long time.Gluing the planking to each individual rib took far to long to long to make it economically feasibly.I overcame that.Another technique I use to create a hull is a technique that I used to build my fly rod.The rod is rotated and a glue is applied to the winding's to create a smooth finish.The canoe is rotated (8 at a time) to evenly spread the resin. I haven't kept a record of all the canoes I've built since 1996 but I would guess in excess of 200 canoes.

High points in my canoe building career;
Voted Best New Product at The Northern New England Product Trade Show, March 1999.
Old Town Canoe is about 60mi south of where I live and was able to get them in their store in 2000.A lot has changed at Old Town Canoe since then.They no longer build wood and canvas canoes at their factory and have contracted them out.After a 15 year relationship others and myself have lost our place on their shelves.What a bummer.
When the National Museum of the American Indian opened in Washington D.C they featured a more modern MooseRiver canoe to show the relationship in building technique and material to that of the American Indian birch bark canoe of which it is a direct descendant
References:
The Center for Maine Craft,Gardiner,Maine.
Moose Crossing,Eagles Mere,Pa

Last updated on May 10, 2022
Satisfaction Guaranteed.

Return Policy:
I hope you will be completely satisfied with your order...but if an item does not meet your expectations, you may return it in as-new condition within 30 days of delivery for a replacement, exchange or refund of the merchandise price.Canoe is for Display Only.

All sales are final after the 30-day return period has expired.
All returned items are subject to inspection: Items returned damaged, used, incomplete, or without original packaging may be subject to a restocking fee, or such condition may void the Satisfaction Guarantee.
Unless applied directly to exchange items, a refund will be issued in the form of a check, or a credit to the credit card account under which it was originally purchased.
Transportation charges (freight, shipping and handling) are not refundable unless we shipped the wrong merchandise.
If your order was damaged in shipment, contact Moose River Canoe for instructions. Hold the original carton and damaged merchandise for inspection; otherwise, no claim will be honored.
To return merchandise. Repack items in their original packaging.
1 Year Warranty on manufacturing defects.
Questions?447-5586 leave a message,

Payment: personal check, money order or use your credit card.

Package will need to be signed for upon arrival.Tracking # will be emailed when shipped.Over night shipping extra.