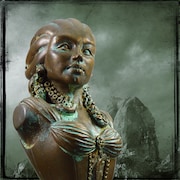 Announcement    Polymer clay jewelry creations and mixed media sculptures of steampunk cuttlefish, deep space squid, tentacles, HP Lovecraft horrors, and much more that dwells in the deep. Inspired by a love of marine animals, science, and all things weird and wonderful, Noadi's Art is the creation of Maine artist Sheryl Westleigh.

Polymer clay jewelry creations and mixed media sculptures of steampunk cuttlefish, deep space squid, tentacles, HP Lovecraft horrors, and much more that dwells in the deep. Inspired by a love of marine animals, science, and all things weird and wonderful, Noadi's Art is the creation of Maine artist Sheryl Westleigh. 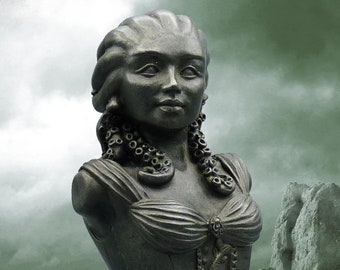 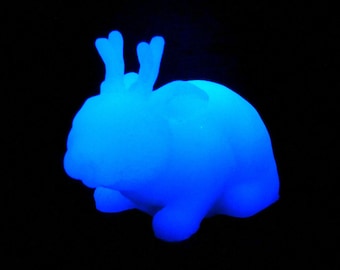 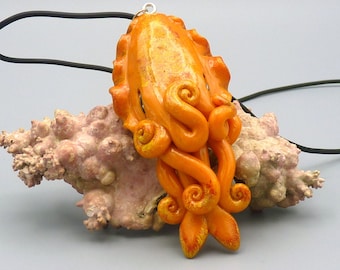 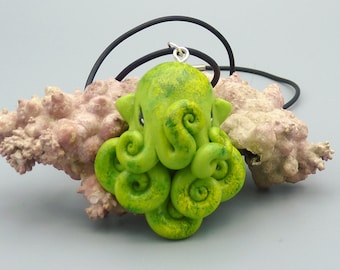 Sheryl Westleigh started sculpting as a hobby in 2005, creating small sculptures and jewelry for friends and family. In 2008 she started Noadi’s Art as a part-time business to bring her creations to a wider audience. By early 2010 Noadi’s Art was a full-time business sending handmade jewelry and original art all over the United States and to over a dozen countries.

The name Noadi comes from the name of a roleplaying character Sheryl created for a Dungeons and Dragons campaign. The name stuck and carried over into several other creative projects before becoming Noadi's Art.

Sheryl is inspired most by the creatures that live in the sea, especially cephalopods the class of animals that include octopus and squid. The very first line of jewelry she created for her Etsy shop were cuttlefish, later expanded to the other 3 major groups of cephalopods: squid, octopus, and the nautilus. Since then Noadi's Art has continued to grow from jewelry and sculpture to include one of a kind paintings and prints of her original artwork.

Free gift wrapping is available for all orders, just add a message in the "Note to Seller" box when you order. If you want a gift tag added please include the message you would like written on it.

I'm happy to work with customers on custom orders. Typical custom orders generally take 3-6 weeks to complete depending on how many I currently have to make. Custom sculptures take longer depending on size and complexity.

I'm happy to work with retailers looking to purchase wholesale quantities. Please contact me for more information on pricing and availability.