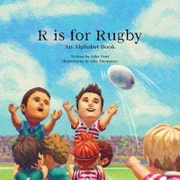 Announcement    Join our rugby family and help us grow the game!

Join our rugby family and help us grow the game! 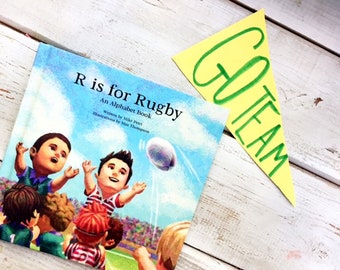 R is for Rugby: An Alphabet Book

R is for Rugby: An Alphabet Book 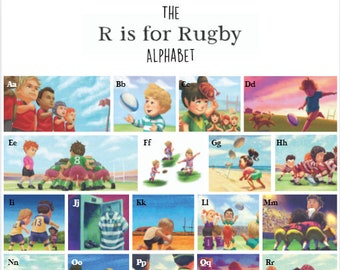 R is for Rugby Alphabet Poster

R is for Rugby: An Alphabet Book is Mike's debut children's book. When his wife was pregnant with their first daughter browsing children's books became a regular occurrence. They looked for books that were fun, would teach her valuable life lessons, and also ones that would allow them to share aspects of their own lives with her. Mike wanted to share the game of rugby with her and this idea is what sparked a fun project that transformed into something bigger! He began writing rhymes and illustration ideas on the subway during his commute from his native Bay Ridge, Brooklyn to work as a science and math teacher in New York City at Xavier High School. With encouragement from his wife the ideas and rhymes written on the N train blossomed into a physical, hardcover, vividly illustrated, rhyming picture book that both children and adults can enjoy.

As a rugby player, a teacher, a coach, and a father, Mike hopes that this book can give back to a sport that has given him so much throughout his life. His goal for this book is to grow the sport by providing an opportunity for parents and caregivers to connect with their children and foster fundamental reading skills by sharing the greatest game in the world.

Learn more about Mike and his children's book here: https://www.youtube.com/watch?v=XQEiI0Z-49Y