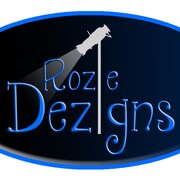 RozieDezigns is taking a short break

Note from shop owner Rozie Dezigns is taking a break for a little while to reorganize. It will be open again before you know it!

Rozie Dezigns is taking a break for a little while to reorganize. It will be open again before you know it!

It started with a shard of glass.

During a lighting hang for a blackbox play in 2012, a lighting fixture fell from above while no one was looking. No one was hurt, but it made a great impact. When I walked over to check out the scene, the only thing that had actually broken was the fixture's reflector. That's what sparked the idea for me. I picked up a couple of the pieces, and naturally my first thought was, "I would love to be able to wear this somehow."

My first attempts at making jewelry pieces out of broken shards of a reflector were rejected by my mother who was convinced I would inevitably be impaled or somehow stabbed by my own jewelry. I had to rethink my approach.

I found that there are other small pieces of theatre tech equipment that I can use in decorative ways, and came up with my first few wearable items. I gave a couple of prototypes to friends to see how they liked them, and the verdict was that these could actually sell!

What convinced me to officially join Etsy was a thread on Reddit (r/techtheatre) in 2013, where a fella was looking for advice on what to get his girlfriend for Valentine's Day. He said he had gotten her a multitool the previous year, but he really wanted to get her something more romantic. Several commenters gave input about other tools they really like, many of which were expensive. I love tools, but for this guy's Valentine's Day, it wasn't going to cut it. I chimed in saying I had just put together a couple of jewelry items that may interest him, and I included a few pictures. It wasn't long before I had a few redditors asking where they could purchase my wares, and so I knew I had to make it official and create my Etsy store. Thus, Rozie Dezigns was born.

Since then, I've enjoyed minor success with this small side job, connecting internationally with theatre collaborators and their loved ones, and creating new items and trying out prototypes as the ideas strike me. I always love hearing suggestions from people, too, about things they'd like to see from the shop in the future.

All that being said, this story is unfinished. It will continue to evolve and I look forward to what more I can do with my shop in the future! :D