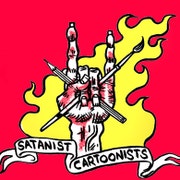 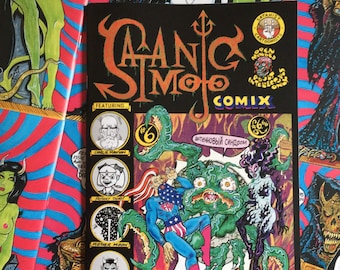 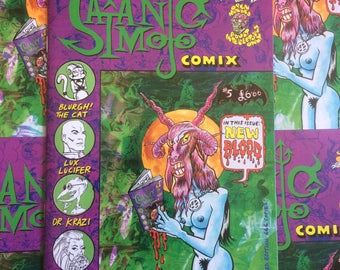 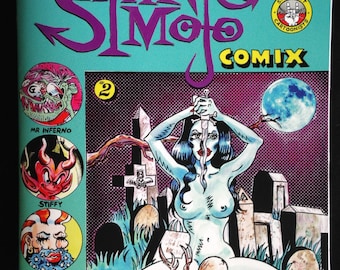 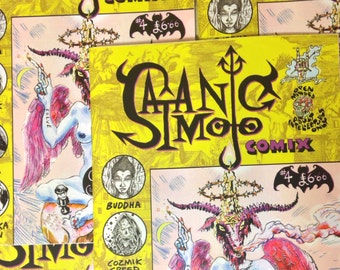 Satanic Mojo is a multi platfrom art project which draws parallels between the post-WW2 rise of the teenager & the traditional depiction of Satan.

Like Satan the teenager questions authority and strikes out to make their own way in the World. As a consequence, from teddy boys to hoodies, teenage fashion tribes and youth trends have been damned as Satanic ever since.

To underline this issue Satanic Mojo is attempting to create a meta-fictional narrative that spins an alternate underground history of late 20th/early 21st century underground/pop culture.
The products in this shop are designed as limited edition art objects, facsimile ephemera to illustrate this pseudo-history.

Phase #1 of the project looks at the counterculture of the late 1960s in specific, underground comix, acid rock & hippy occultism & was launched on July 13th 2013 at The Orbital Gallery in London's wicked West End.