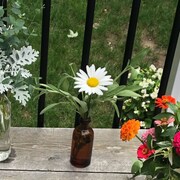 Announcement    Fall Collection wreaths are perfect for a host or hostess gift this season!

Fall Collection wreaths are perfect for a host or hostess gift this season! 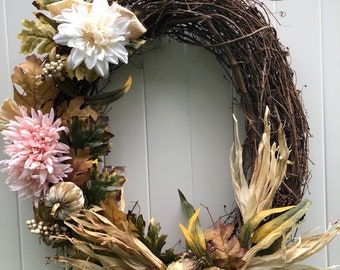 Megan grew up in a home where crafting was a regular after school activity. We had a designated "craft cloth" which was the special table cloth you had to take out before you began any crafting. Hot glue guns, puffy paints and fuzzy pipe cleaners were the usual suspects.
​
In high school, Megan's first job at 14 years old was at the local florist. Later, she worked at the local garden center for years. She always needed to be surrounded by nature, plants, and florals.

Then, after doing the classic; graduate college, find a job, get a Master's degree, try to climb the ladder, Megan found herself missing something. While an office job with amazing colleagues are great, Megan has rediscovered crafting as a much needed release from the daily jargon of "EOD, low hanging fruit, spearhead, etc."
​
Megan just wants to hang out with her dogs and use her most powerful weapon, the glue gun.
​
Why Sage and Daisy?
Those are Megan's fur babies, both named for the beautiful symbolic plant names that they represent.
Sage symbolizes immortality, wisdom, cleansing and longevity.
Daisy symbolizes innocence, purity, new beginnings and true love.