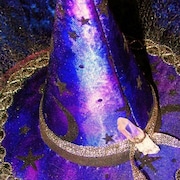 Announcement    Moving away from Etsy! Check out my website to view all of my clothing & more! www.jacqcivitarese.com
• New, handmade, professionally sewn clothing made from quality fabrics, love and majick!

Moving away from Etsy! Check out my website to view all of my clothing & more! www.jacqcivitarese.com
• New, handmade, professionally sewn clothing made from quality fabrics, love and majick! 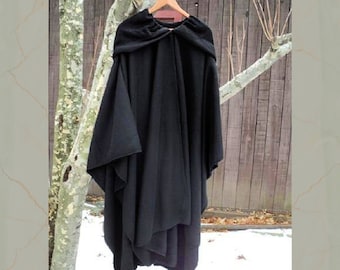 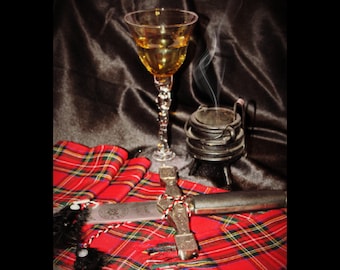 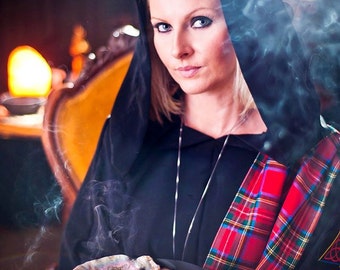 *Custom Made Clothing for the Free Spirit* Is styles that focus on the self expression of unique personalities. Special Occasion or everyday...Be you!

In brief: Eternal Stitch is a fully functional Sewing and Design business run out of my, Jacq Civitarese, tiny home. One of a kind, custom fitted, and wholesale clothing is my specialty.

Eternal Stitch: Officially began on Earth Day 2003 as the name 'Gown’s for Titania' in Salem, MA. At that time, my focus was on wedding and prom dresses. Titania being a Faerie Queen, I wanted all my pieces to be a tribute to her. However, this name was very limiting. Not only was it hard to spell and pronounce; but it left an odd look on the faces of my darker and Gothic customers. I wanted to change it…but to what? “Something timeless, but it needs to suggest period clothing…and its needs to include that this is about sewing… but not limiting to just clothing…” Luckily, a friend came to my aid with a list of words that described my vague needs. Then in 2009, true Eternal Stitch was born!

Under one name or another, Eternal Stitch has always been a room inside my apartments and now home. The coastal cities of Salem, Winthrop, Beverly and currently Gloucester have all been the heart of majick for me and my sewing. Every location has had its share of local clientele, and thankful loyal clients have followed me through every change.

Sewing Career before ES: I have been sewing since I was a child. Self taught needle threading and hand sewing through deep meditation around 8 years of age. I received my first sewing machine on Christmas of 1989, two days before I turned 10. My love for period clothing stems from my 'memories' of wearing and making them. From this, I attended a Vocational HS and pursued Fashion Design and Commercial Art, eventually receiving the Senor Fashion Design award and Yearbook award.

I have been professionally sewing since 1997, during my senor year in High School. While in HS, I was working on my two final projects: a prom dress and a coat. I choose to design an Empire waist, Regency / late 1700's style prom dress and a Wool, lined plaid cape for my 'coat' . It was these pieces that prompt me to be asked to work as a sewest an alternative clothing store in Salem, Ma called the Fool's Mansion. I designing clothing and custom wedding attire for a 6 year period in house; and continued stitching capes/cloaks in my own shop till the doors closed in 2013.

I'm a vegetarian for over half my life, I love gardening, walking; hiking; family time; reading/studying; collecting; tattoos, and engaging in the occult practices.

Last updated on January 23, 2023
Merry meet! I love sewing...I've devoted much of my life to it; and I have a lg sewing room in my small apt to prove it. I aim to design and craft something timeless, unique and durable. Turn my clothing inside out, and you could still wear it. It will look that finished. I take this extra care because I care about professionalism. I want your purchase to last forever, throughout the generations! Or close to it...
I love majick...I light candles, listen to music, burn incense, make offering to the god/dess and faeries; all before and during my sewing. I weave peace and love into every garment. Why? Well that's how you treat a sacred space and a blessed talent! I wish for my items to feel different...not only in the materialistic sense, but in its vibe.