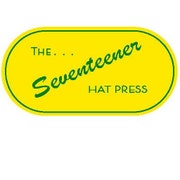 We have moved to seventeenerhatpress.org

SeventeenerHatPress is taking a short break

Note from shop owner We have moved! Please visit our new store at seventeenerhatpress.org. Thank you for your interest!

We have moved! Please visit our new store at seventeenerhatpress.org. Thank you for your interest!

A Boy Scout Troop with a unique story

Boy Scout Troop 17 has worn the traditional broad-brimmed Scout campaign hat since its founding in 1917. During the late 1950s and early 1960s, several problems arose with the campaign hats. The material used in the newer hat’s construction was less sturdy, making the hats susceptible to warping. Hat presses were becoming less available and more expensive; and those that were available were not well made.

Because Scouts solve problems, one of the Troop’s Assistant Scoutmasters constructed a rudimentary prototype with the intent of using them within the Troop and perhaps making them available for sale. He proceeded to refine the “tear drop” design, and used stronger materials such as Masonite, heavy grommets, and rivets.

One summer in the early 1960s, a Scout, who was home from college and without a summer job, worked with that Assistant Scoutmaster on the hat press. On a trip to Chicago, he took several with him and spontaneously stopped at the Illinois State Patrol headquarters in Springfield, Illinois. They were enamored with them and bought several. The Troop’s first sale!

After that, sales were mostly word-of-mouth referrals. Beginning in the 1990s, the troop began an aggressive marketing campaign and quality control program. The product was improved, material and shipping costs were reduced, and major broad-brimmed hat users (such as highway patrols, park service rangers, and the Marine Corps) were targeted throughout the United States.

With the popularization of online shopping, the hat presses were sold on our Troop 17 website and now on Etsy. The hat press business is a success. Through these sales, we are able to finance most of the Troop’s expenditures, including camperships to our Scouts in need.

Thank you for supporting Troop 17!

To fulfill your order, you must provide us with certain information (which you authorized Etsy to provide to me), such as your name, email address, postal address, payment information, and the details of the product that you’re ordering.

As needed to provide my services, such as when we use your information to fulfill your order, to settle disputes, or to provide customer support;
when you have provided your affirmative consent, which you may revoke at any time, such as by signing up for our mailing list;
if necessary to comply with a legal obligation or court order or in connection with a legal claim, such as retaining information about your purchases if required by tax law; and as necessary for the purpose of our legitimate interests, if those legitimate interests are not overridden by your rights or interests, such as 1) providing and improving our services. We use your information to provide the services you requested and in my legitimate interest to improve our services; and 2) Compliance with the Etsy Seller Policy and Terms of Use. We use your information as necessary to comply with our obligations under the Etsy Seller Policy and Terms of Use.

We do not share your personal information with any third parties other than to: (a) respond to legal process or to government requests; (b) enforce our agreements, terms and policies; (c) prevent, investigate, and address fraud and other illegal activity, security, or technical issues; or (d) protect the rights, property, and safety of our customers, or others.

We retain your personal information only for as long as necessary to provide you with our services and as described in our Privacy Policy. However, we may also be required to retain this information to comply with our legal and regulatory obligations, to resolve disputes, and to enforce our agreements. I generally keep your data for the following time period: 7 years.

Yes, in most cases. In addition to felt hats, we accommodate most beaver felt and straw hats. See detailed sizing information in the listing description. Hat presses for triple thick brims (1/4") are available at no extra charge.

What if I use both a summer and winter style broad brimmed hat?

Many of our customers purchase two presses in order to protect both the hat in service as well as the one in storage.

Can I use a purchase order?

Absolutely. We accept purchase orders from qualified customers. Please use the Contact link above.

Are there quantity discounts?

Yes! Get one free for every 25 ordered. See the coupon codes in the listing description. Just pay incremental shipping.

Can I change my address after ordering?

We do not accept address changes sent in follow-up conversations. The correct shipping address must be specified at ordering time. If you need to change your address and it is before we have shipped the item, please contact us immediately. We will then cancel the order, refund your money and ask you to create a new order with the correct address. Following this process offers the highest level of Etsy protection for all parties in case of delivery issues.

Will I be refunded shipping charges if I make a return or exchange?

Unfortunately, no. Shipping charges will not be refunded.

Will you/can I change my desired shipping method?

Depending on the order size and destination, we may want to change the shipping method to one that, in our experience, is more reliable and/or cheaper. In that case, we will always contact you first for your approval. If you prefer your order to be shipped by other than the USPS, please contact us and we will be happy to accommodate you.

Will you ship to an international location?

Yes. Please contact us for details. If you are ordering one or two presses, we can ship using the First Class International Package Service rate which is significantly cheaper than the listed rates.

I am a tax exempt buyer. Can you waive the sales tax charge?

Unfortunately, no. Etsy mandates the collection of sales tax for orders from states that have enacted taxes on internet sales and Etsy remits the taxes directly to those states. We cannot override that policy. However, Etsy has a process for buyers to recoup the tax. Go to the Etsy Help section and search for "How to Make a Tax Exempt Purchase on Etsy".

How do I make an exchange for a different size?

SeventeenerHatPress is considered a professional seller (known as a trader) in the EU. What's this?