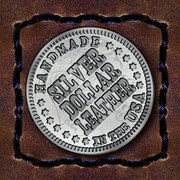 While I hope you'll enjoy my items, if you are unhappy with your purchase, I will accept returns or exchanges within 5 days. Returned items must be in like-new, unused condition to be eligible for refund. Once received, you will be refunded for the cost of the item only, you will not be refunded for any shipping and handling charges.

Custom orders are not eligible for return, refund or exchange.

Buyer is responsible for any and all return shipping charges.

I take credit card payments through PayPal only at this time.

California buyers: 7.25% sales tax will be added to your total

Most items are handmade when ordered. Production time varies depending on the complexity of the item and number of orders in production. Each item listing will state approximate production time before item will ship.

International orders: please contact me for shipping options. Please note that any customs duties are the responsibility of the buyer. I am required to declare the contents of any package I mail abroad. Thanks!

The coins on all items are museum quality replica conchos and are truly beautiful - people won't believe that they are not authentic coins.

"Crazy Horse" leather (also called "Apache" leather) is an oil-tanned pull up leather (which means when you bend or crease it, the leather will lighten in color and slowly return to it's natural color). This type of leather picks up scratches and scuffs easily giving it a more rugged look and adds to the character of your item. You can "soften" scratches and nicks by rubbing them out (your thumb and some elbow grease works pretty well).

To measure your wrist, use a flexible measuring tape and measure right above your wrist bone (on the wrist on which you intend to wear the cuff). If you do not have a flexible measuring tape, use a piece of string, mark the string and then measure it with a ruler. If you like a tight fit, measure your wrist normally. If you prefer a looser fit, slide a finger or two under the tape/string when measuring depending on how loose you want it.