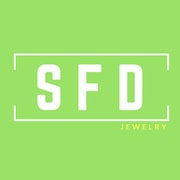 Having Fun with all Things Superfluous...

Welcome to Supa'flous! I originally founded my Etsy store in 2012 for my passion of jewellery design, and opened my online jewellery store through my website (sfg33.com) shortly thereafter. After a brief Etsy hiatus, here we are two years later, and I'm back to dedicate my Etsy shop to another of my creative endeavours... something with a real kick of humour.

In an interesting twist of events, the new name of my Etsy store preceded the product. I have always had a passion for words, and with a collection of nearly 10 antique dictionaries, it is hard to believe that there was a time when I barely used one. As a youngster, I would often find myself in the midst of writing an essay when a superfluous word would pop into my head. The sheer sound of the word was enough to convince me that it belonged in a sentence, even though most of the time I never thought twice to discover its meaning. And so began my love affair with the sound of words...and an oddly blooming desire for making them up.

It wasn't long ago that my husband and I were exchanging humorous stories of our follies with verbiage, when he shared a story that, unbeknownst to me, planted a seed for the title of my future store. There was once a time when he thought the word 'superfluous' was pronounced 'super flouce' (which, without a doubt makes for a far superior pronunciation of the word when inflected with a thick Austrian accent). Ever since, it has been one of my favourite words, and just last month when I was searching for some creative inspiration, the Supa'flous characters dancing on the fringes of my imagination trotted onto the cover of some cards. The moment my pen touched down, the words flowed down the knobby curves of their noses and through their tiny puckered lips: and so Supa'flous was born!

Don't be fooled though, the art of fabricating words doesn't end there. In fact, every caricature packs the potential for a little fabricationalization... And for those special oddities, an unconventional name may grace the cover, leaving you wondering 'Did I read that correctly?'

"I believe in doing what I like. I set about selling it afterwards." - Mervyn Peake 'Titus Groan'

Last updated on April 29, 2022
Welcome to Supa' flous! It is our mission to provide you with a quality product, a touch of humour and exceptional customer service. Each purchase comes wrapped neatly in tissue paper and decoratively sealed for a special surprise when you open your mail.

Supa' flous offers one-of-a-kind illustrated pieces, each varying in design, colour and finishings. If for any reason, your item arrives damaged or incorrect, please let us know within 1 week of receipt and we will be happy to arrange an exchange. Please note that each card is illustrated, painted and finished by hand making them all unique. As a result variations in design may occur.

Our accepted method of payment is Paypal.

Shipping Time (North America):
Individual cards and envelopes are wrapped in tissue paper and sent via USPS Lettermail. The shipping estimate within the US is 2-4 business days and to Canada is 4-6 business days... but please allow for extra time as delivery may take longer and lettermail/small packets are not tracked.

Shipping Time (International):
International lettermail is estimated at 4-8 business days, but please allow for extra time. International buyers should note that they are responsible for any and all brokerage fees, duties and customs charges that may be incurred.

Expedited & Tracked Shipping:
If you would like to expedite shipping or have tracking on your package, please let me know and I will investigate the cost.