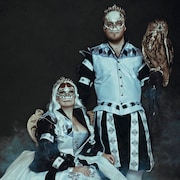 A Tailor of Two Cities

Announcement    We have stays back in the shop! I've been hard at work on a new style and have gone through multiple prototypes to get there. The prototypes are now going up at a discounted price!

We have stays back in the shop! I've been hard at work on a new style and have gone through multiple prototypes to get there. The prototypes are now going up at a discounted price! 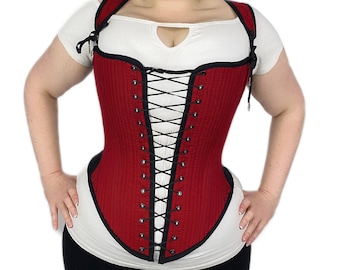 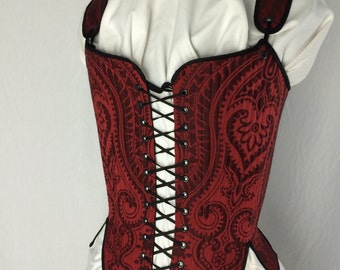 Elizabethan Effigy Stays - Choose your Fabric - Made to your measurements

Bursting at the Seams

My Aunt Judith taught me to sew when I was a tender age of twelve. I had just joined the Arthurian Order of Avalon, an educational group about the middle ages, and needed costumes. The very first thing we ever sewed together was an underdress made of black crushed velvet that is still hanging in my closet.

Thus ignited my passion for sewing. From the very meager beginnings of saving my allowance to buy fabric and borrowing my mother’s sewing machine, I grew to costuming myself, friends, and other actors for a variety of rolls and Renaissance festivals.

My love of history has always influenced my sewing, and was the inspiration for branching out from Medieval and Renaissance costuming to Victorian and Colonial costuming. I've also made forays into modern clothing from the forties and fifties.

Over the years my hobby outgrew itself. I doodled costuming designs at my day jobs. My fabric collection started requiring its own room and furniture soon after I left for college, and I owned more sewing books and magazines than I owned DVD’s. I made myself dozens of costumes, though I didn't have enough venues or occasions to wear them.

When I started talking my friends into letting me sew for them, because I had more ideas in my head than I could make for myself, I realized I should pursue a business in sewing. In June of 2011 I opened Tailor of Two Cities and have been actively building it since. In January of 2015 I purchased a full service embroidery shop to expand my offerings, and have made the jump to working on my passion full time.

Last updated on May 9, 2022
Welcome to Tailor of Two Cities!

<3 Everything here is handmade!
<3 I love taking custom orders. Please contact me with any requests!
<3 Visit me at TailorofTwoCities.com to see our full gallery!

Due to the custom nature of my items I do not take returns, but would be happy to exchange your item.

I accept Credit Cards, PayPal, and personal checks (it will be 7-10 days for the check to clear). Please contact me if you need to pay by another fashion.

If you live in Oklahoma, there will be an applicable state tax.

All Two Cities items are shipped via USPS. I try to use like new or gently used boxes when possible to keep them out of the trash. If you would like a brand new box please let me know.

If you need your package to come to you via a service other than USPS please let me know. I'd be more than happy to create a new listing for you.

I am based in the Oklahoma City area. If you would like to pick up your items, rather than have them shipped, please let me know, and it is (of course) free!

Currently, all of my make to order items are booking 3-6 months in advance. You are welcome to purchase the listing, and I will contact you within a day or two to confirm the scheduled shipping date of your order. You are also welcome to convo or email me (Deborah at TailorofTwoCities.com) to see what dates I am currently booking for.