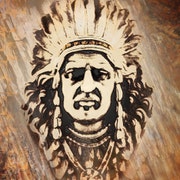 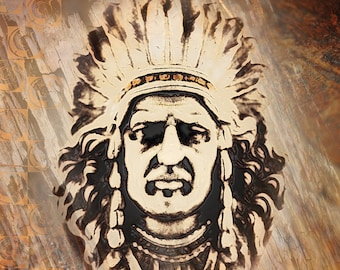 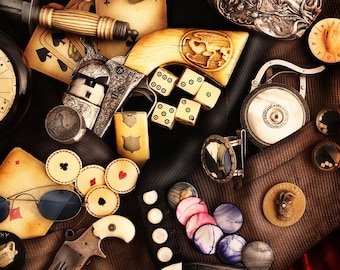 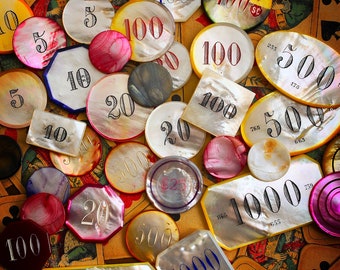 Vintage Mother of Pearl, and Ivory Gambling chips, Still-life photograph. This interesting and colorful photographic print is a showstopper 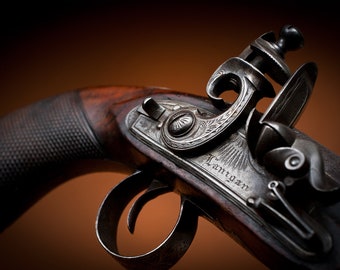 Sam has been a full-time photographer & designer for over 20 years. With no formal training, he has learned "hands on" and developed his own distinct style. Sam's work has been published in numerous books & magazines, such as Cowboys & Indians & Texas Monthly. He has worked for several national brands, including, Junk Gypsy, Old Gringo Boots, Lane Boots, Leota's, and Bohlin. His prestigious work and easy-to-work-with attitude has attracted clientele from coast to coast and as far as Canada, but he keeps his feet and roots firmly planted in Central Texas. When he’s not working, you’ll find this collector of tattoos and Shiner Beer enthusiast checking out live music somewhere under the Texas stars with his best gal.