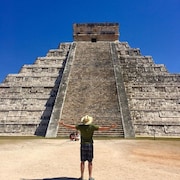 Radionics & Tensor Ring listings for 5g protection are up!
Family Pack is here too, along with the Tree of Life amulet and more home pyramids to choose from.


Check out my main shop for more devices including “Pulsed Pyramids” which are devices that come with a “Succor Punch” in the capstone that connects to an electrical box & pulses 15hz of subtle, chakra-cleaning healing frequencies via a möbius coil wrap:

Radionics & Tensor Ring listings for 5g protection are up!
Family Pack is here too, along with the Tree of Life amulet and more home pyramids to choose from.


Check out my main shop for more devices including “Pulsed Pyramids” which are devices that come with a “Succor Punch” in the capstone that connects to an electrical box & pulses 15hz of subtle, chakra-cleaning healing frequencies via a möbius coil wrap: 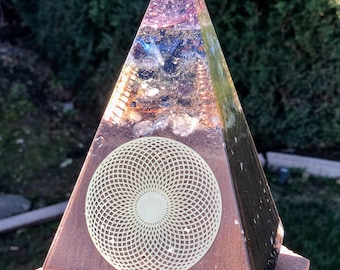 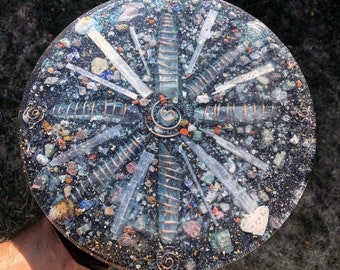 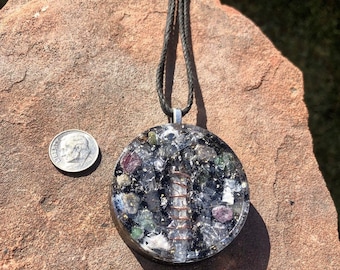 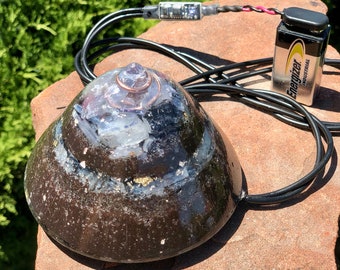 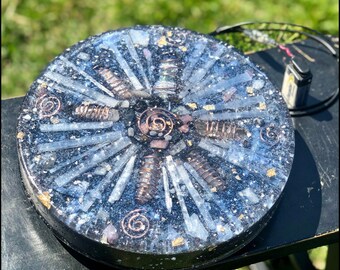 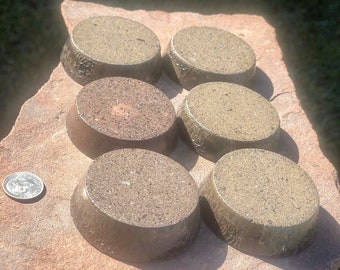 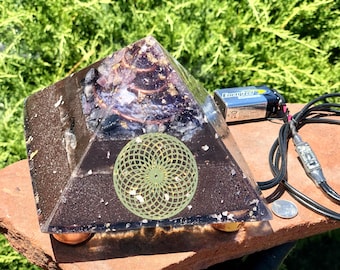 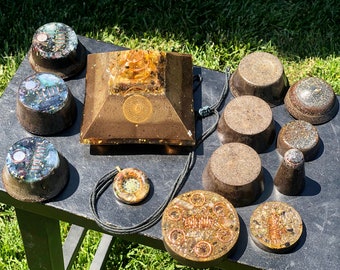 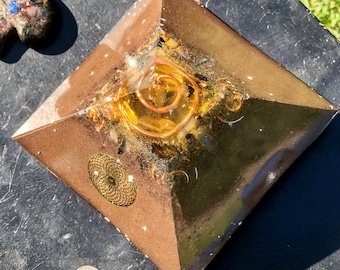 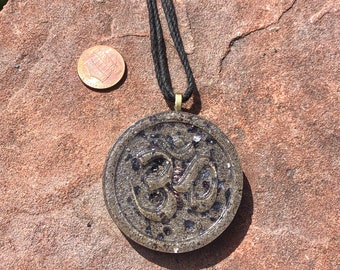 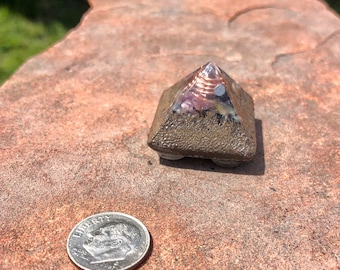 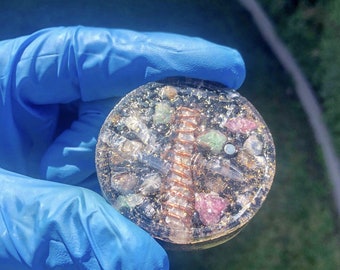 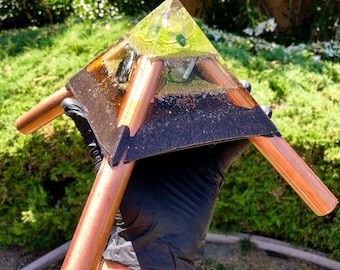 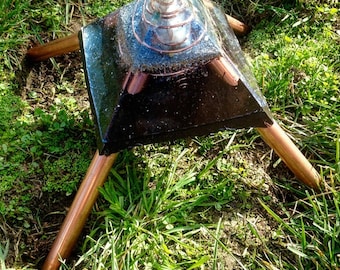 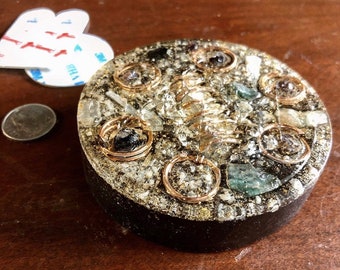 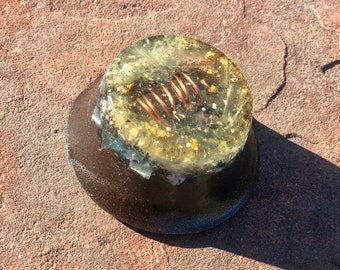 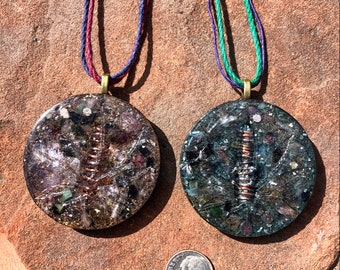 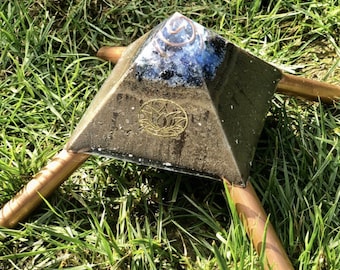 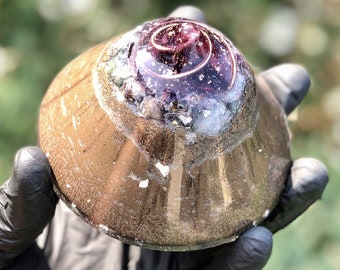 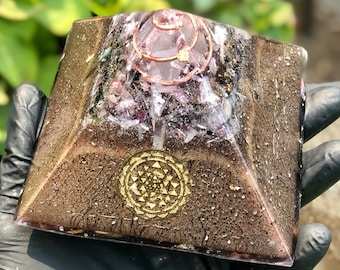 “If you want to find the secrets of the universe, think in terms of energy, frequency and vibration.” ― Nikola Tesla

The Orgonized Earth has been making powerful healing orgonite since 2014.

Utilizing the correct ratio (1:1 inorganic to organic elements) is crucial to a properly constructed orgone device.

Important to have enough conductors (metals) to balance out the non-conductors & organic elements.

The foundation must be the most potent part of any generator! The "metal matrix".

I started making orgone energy devices in the fall of 2014. My very first piece was a Don Croft style "Chembuster" for my backyard. After being introduced to scalar wave devices from a friend in southern California, I was immediately captivated. I had been struggling with the reality that is geoengineering, chemtrails, weather modification and haarp. I also recently had been learning to a greater extent about the "Electromagnetic War on Humanity" that is being waged through HAARP arrays, cell/radio/TV towers, Smart Meters, Wi-Fi routers, microwaves, TV's, cell phones, etc. All of these items emit cancerous radiation to a mostly ignorant population. They cloak these devices in "innovation" and "technological advancements". Knowing a bit about history, and how the Atlanteans allowed themselves to be destroyed by their own "technological advances", I for one do not want our species to keep repeating the past. I have three young children, and I want them to grow up in an environment of clean energy, peace, truth, love, harmony, creative expression, spiritual growth, and higher consciousness.
All the EMF radiation that is emitted from these devices suppresses our growth in all of these phases, and leads to cancer.
I have been witnessing and documenting these activities in our skies for the past five years since the awakening began for me in January, 2012, when I had a UFO/paranormal experience.
Ever since, I've been going down the rabbit hole and sharing what I know, trying to raise awareness on social media.
I had been wondering what else I personally could do to get these operations to cease. I had also been witnessing many more new and insidious cell phone towers being erected- some hidden as hideous artificial trees. When I learned that I could actually make something with my own hands that could transmute the negative etheric energy created by chemtrails and cell phone towers, I immediately started making the chembuster.

After gathering materials for a few months, and learning as much as I could, my chembuster was finally complete towards the end of November, 2014. I had read that it would take 2-3 days to calibrate to its environment once it was in place. I completed it's construction two days before Thanksgiving. On Thanksgiving Day, we witnessed a brutal spray day. The whole day, our skies were littered with chemtrails and artificial chemclouds. The whole sky was whited out for most of the day. I was curious what would happen the day after Thanksgiving, because that was the third day after construction, and the day it was supposed to calibrate.
I was blown away when Friday came. I walked outside in the morning to a beautiful, clear blue sky, with no clouds in sight. The sky remained this way for the rest of the day! It was a complete 180 from the day before. I then looked at the weather forecast, and suddenly we had rain predicted for the next week straight. It would actually rain for three weeks!
We had been going through the worst drought in 1200 years in California, and I literally could not remember the last time it had rained. But as soon as the buster calibrated, it brought clear skies and rain to northern California! It not only rained, it poured.

I later learned that there were randomly other orgonite makers who had made pieces in southern California at the same time. I also know now that at this same time, there were shamanic raindance ceremonies at Mt. Shasta, where they were utilizing Vogel crystal laser light work. All of this seemed to cause an energetic "critical mass", and I feel that we all greatly aided in summoning rain to our drought plagued state.
It was then that I was convinced that orgone generators work. I started to make smaller pieces, and I became absolutely enthralled with the creative process. I haven't made things with my hands since I was a 5 year old kid building a plane in my backyard that I planned on flying to kindergarten!

The process brings a great deal of joy to my heart. I hope you like my pieces, as I put my heart and soul into them. I am honored to make these wonderful generators for you and your family!

Last updated on April 29, 2022
Welcome to my Orgone Energy shop! I can create a customized order or replicate one of the pieces you see listed. Either way, I aim to orgonize your home with positive life force energy and negative ions.

If you need to cancel an order before I have constructed your generator, I will fully refund your money through ETSY. If you cancel your order after I have shipped your generator, you will need to pay for the return shipping label that I will send to you. I will refund your purchase money via Paypal or a check in the mail (minus the shipping, since that's how you will pay for the return label) once I receive the generator back with no damages.

In rare cases when a package arrives chipped or damaged in transit, please take pictures and get in contact with me immediately. You will need to send the shipment back to me.
Once I receive the damaged package back, I will then construct a new generator and ship it to you at no cost within the same amount of time (3-4 weeks) it took to ship the original generator.

please checkout at the shop. For some complicated/custom orders, we can checkout through Paypal.

I will usually get you your order in 3-4 weeks from the time of order, at the most.
For larger orders like the Orion's Belt, or multiple XXL orders, I need about 5 weeks. It depends on how many orders I have at the time and what I have in inventory.

For smaller orders- like pendants, Microcosmic TB's and Phone Protectors- they can get out within 2-3 weeks most of the time.

Not responsible for any customs charges or delays and/or import taxes on international orders. You will have to cover those. Sorry in advance.

I charge an 8.625% tax rate for California orders.
This is the 2017 tax rate for the city I live in, which is Rohnert Park, CA.
I am 1099'd by ETSY and required to pay taxes on my sales in the state of California, so I am abiding by the tax code.