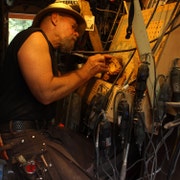 Announcement    Wood Heart Wall Hangings gift presents for all occasions!!
I am Gary "Wiz" Burns. I am in my new shop and gallery here in Port Orford, Oregon!
Love and Gratitude is my mantra. : )

Wood Heart Wall Hangings gift presents for all occasions!!
I am Gary "Wiz" Burns. I am in my new shop and gallery here in Port Orford, Oregon!
Love and Gratitude is my mantra. : ) 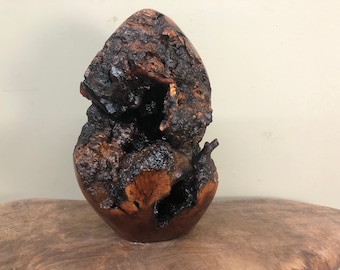 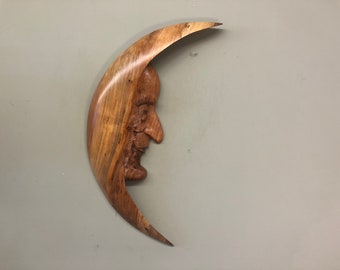 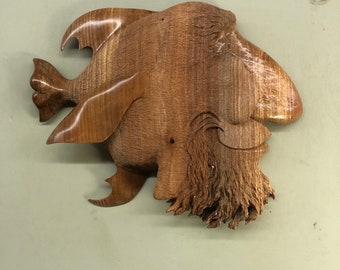 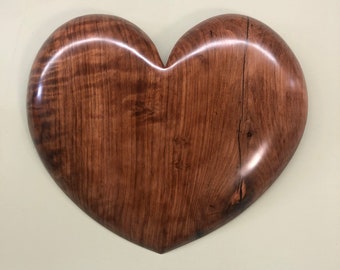 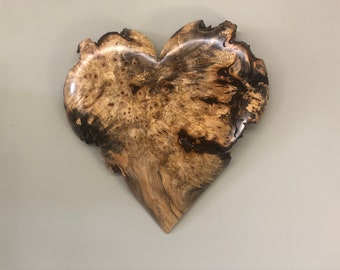 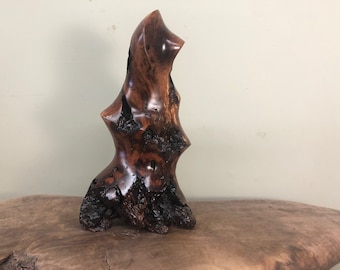 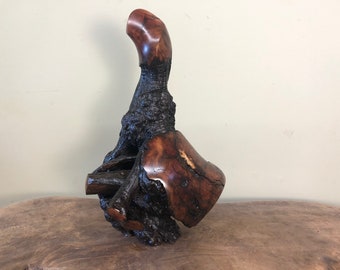 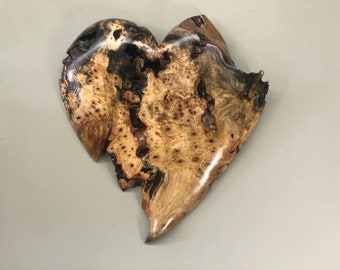 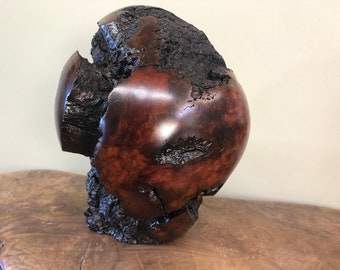 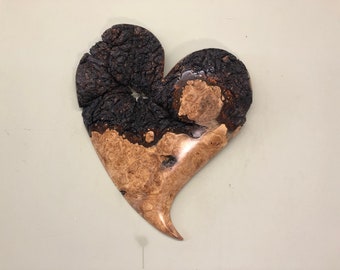 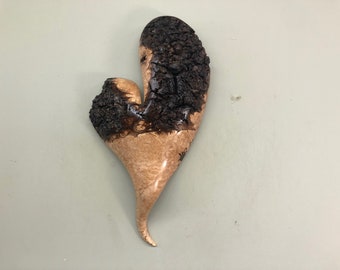 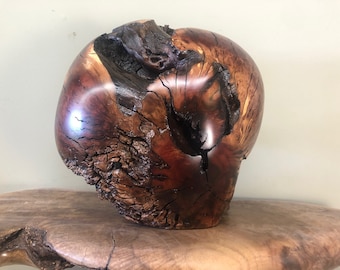 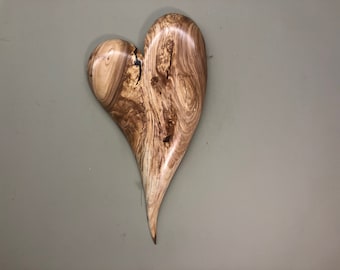 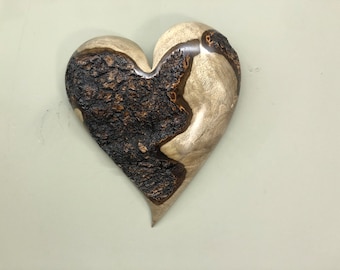 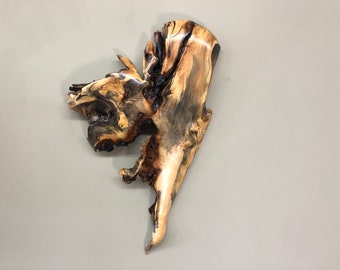 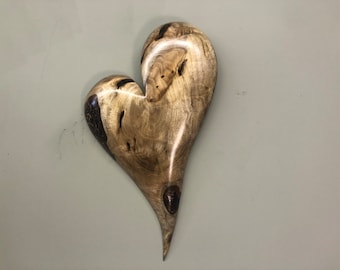 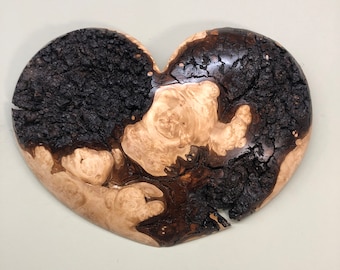 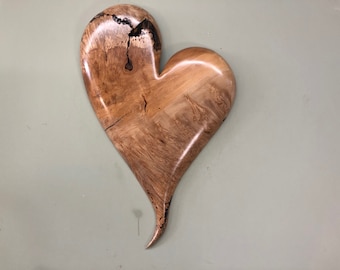 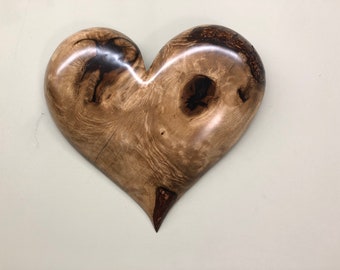 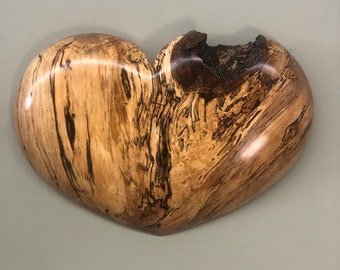 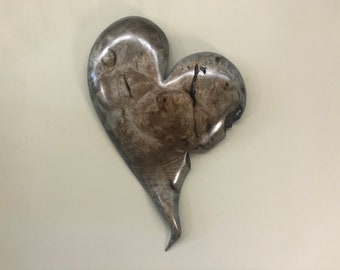 Welcome to the Tree Wizard's Shop. Self taught, I have been carving since 1971. I am so Grateful to do what I do! Come on in and check it out!

TO GET BACK TO MY SHOP, YOU CAN CLICK:

I love Wood Carving. I carve Wooden Hearts, Wood Spirits, Tree Carvings, Wood Anniversary Gifts, Wedding Gifts, Birthday Gifts and Abstract Sculptures. I am a self taught wood carver, carving since 1971. I started carving while I was putting myself through college living in Auburn, California were I worked at the towns Recreation Department. I was going to college at Sierra College at the time. I saw a jig saw in a "Fingerhut" mail order catalog. I had never used a power tool before but thought that I could invest in this tool and maybe make Christmas gifts for my friends and family that I couldn't afford to buy. The saw was $19.99. It was a lot of money at the time. I felt I could make all of the gifts that I needed using some boards that I had found when I moved into the place I was renting if I bought this saw. I also invested in a little gouge and chisel set for $1.99.

That year I got so much enjoyment out of making those gifts. One of the first things I made was a branched tree within a frame that I gave to my parents that Christmas. From that year on I would think of what I might make for the next Christmas and then in the early Fall I would start to work, carving in the little bit of free time I had, working full time and going to school full time. It was such a wonderful thing to be doing. I had no examples as hand made things weren't a part of my existence up to that time. So each new thing I learned came straight from my heart and still does to this day.

I graduated from Sierra College in 1970 and then Sacramento State College in 1973. I worked in the Activity Planning Dept. at a huge resort called Sea Pines Plantation Co. on Hilton Head Island in South Carolina; an assistant director in a club house for a large adult community in Palo Alto, California; an assistant manager of a dry docked luxury liner turned into a bar and dinner house in Kodiak, Alaska; and a production manager for a small electronic manufacturing co. in Roseville, California. For those first years out of college I dreamed of perhaps being a wood carver full time and working for myself. I just didn't know were or how to start.

I was laid off from the electronic manufacturing co. in February of 1978. Business had gotten slow and the owners were going to restructure and my job wouldn't exist anymore. I began collecting unemployment and as I started looking for another job I realized that this could be my opportunity to try my hand at wood carving full time. Well, I became nearly addicted to making sawdust. I shared an apartment with a friend and set up shop in my bedroom. I had such understanding neighbors and a great room mate. I started finding new tools and ever so slowly acquired new skills. I was very self conscious of my work at first, as I should have been. The first pieces were very crude and very hard to sell. I had no sales skills or real carving skills. I remember laying on my bed one day in that apartment bedroom taking a break. I felt sort of lost at the time and then thought how if I had put myself through college, something that I didn't enjoy at all, I should be able to make a living at wood carving. I just needed to stick with it and carve for my life. I could see that I was learning. I moved around a lot in those first years of carving and met some great people. The people I met led to some great adventures.

I spent 8 months carving near Capetown, South Africa with some South African friends I had met at a craft show in California. And I carved and carved and learned so many things in those years.

Then in 1983 I moved to June Lake, California. It is a small village on the east side of the Sierras in California. It had a charming community of 600 people that I fell in love with immediately. I had a son, Cody, with Sallee there and we opened the Tree Wizard Gallery that we ran for 16 years. Sallee and I were together for 17 years and we had some good and some hard times. In the end we needed to part ways. All that time I was very involved with the community joining many of the organizations. I was on the board for the Chamber of Commerce, in the Lions Club, President of two different Arts and Crafts Guilds, and 11 and a half years on the June Lake Fire Dept. that I left being the assistant Fire Chief which I loved dearly. Living at 7700 foot elevation was an amazing experience and made for many challenges and many close relationships. That was a very rewarding time in my life.

My son Cody graduated high school in 2003 and the two of us moved to Cave Junction, Oregon. I helped a friend with his Burl business there and had a lot of fun creating fun things for It's a Burl, the name of his business. In 2008 I met my current partner, Susan. She is amazing in many ways!! I started selling on etsy in Oct. of 2009. For several years I sold everything I made on etsy.
In February of 2016, Susan and I moved to Port Orford, Oregon. Sweet little village on the Southern Oregon coast. We had a shop fire in July of 2016 and are just finishing the new shop/gallery that we hope to be in by the end of August 2017. So my carvings will be for sale there soon.

Last updated on May 10, 2022
Welcome to my policy page. Everything in my shop is made by me, Gary "Wiz" Burns. I love what I do and hope it shows in my carvings. I am always evolving myself and my work. I have carved as a profession since 1978 after it being a hobby for 7 years. If you would like to make a purchase, I will do everything in my power to make it a fun process for both of us.

You can also check my Carving Facebook page at:

You can pay using any of the methods available to you through Etsy. If you would like to do a lay-a-way, contact me and I will let you know what we could do. You can e-mail me at datreewiz [!at] gmail.com or phone me at 541 761 1997.
If I do not receive payment or communication about the payment within 2 days of my receiving the order I will cancel the order and re-list the piece.
Whatever is going on, please communicate. I am very flexible.

I include the cost of packing and shipping in all of my prices. I have not included shipping for out of the US. I just need your EXACT SHIPPING ADDRESS, YOUR FULL NAME and a link to the item you are interested in. I will get back to you with an exact quote on outside of the US purchases. I ship asap. Sometimes it is shipped the day the order is received but almost always by the next day. Just as soon as I get your order, I'll contact you.I email you the tracking info and I email you that it is on it's way. I send PRIORITY USPS unless it is too big and then it will go UPS. Priority USPS usually takes 2-3 days.

When shipping out of the United States, I declare the piece as "Merchandise" on the customs form and declare the price that you paid for the item less shipping.

I use mostly recycled packing. My carvings are all such different sizes that it makes it hard to purchase custom boxes and very expensive as well. It's as eco friendly as I can make it and keeps my prices as low as they can be.

I've carved more than 13,000 carvings since 1971 when I started and have sold all of those pieces all over the world. Making people happy with my work is my soul purpose. With Love and Gratitude! <(B^)

All of my carvings have a lacquer finish. Dusting with a feather duster or blowing off with a compressor is all that is necessary on the carved trees, fish and carved faces. I use Orange oil on the smooth surfaces. This will perk them up. I would do it as often as you polish your furniture. Once a month would keep them looking great but is not necessary.

When will I get my purchased carving?

I will contact you as soon as I get your order. I will package it that day or the next. I take it to the Post Office the next morning. If I get an order on Friday afternoon, Saturday or Sunday it will be in Monday mornings mail.

How will my carving be shipped?

Do you ship outside of the US?

I do ship outside of the US. I need to know the carving that you are interested in and your complete shipping address. I will figure what it costs to ship to your address and make the changes to the listing so that you can make the purchase.