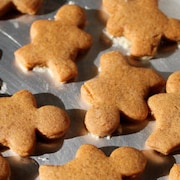 AjoyhasSweetTreats is taking a short break

Note from shop owner The shop isn't accepting orders. All pre-orders will be filled.

The shop isn't accepting orders. All pre-orders will be filled.

Last updated on November 14, 2017
All orders are on a reservation basis. Get your spot now for the December Rush.

I ship 7 days a week Nov. and December.