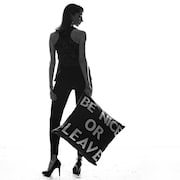 Choose from our large selection or customize your own

alexandraferguson is taking a short break

Note from shop owner After 13 wonderful years, we have decided to wind down our operations. Thank you so much for all the love and support over the years - it has been the experience of a lifetime.

After 13 wonderful years, we have decided to wind down our operations. Thank you so much for all the love and support over the years - it has been the experience of a lifetime.

Pillows that say what everyone else is thinking.

I started my company on my lunch break from work, listing some left over pillows that I had made over the holidays as gifts. In January of 2009, Obama was being inaugurated, and in the excitement, I made a pillow based on his campaign mantra that said, "Yes we can." I had hit a nerve, and my company was on the map. Within four months, Etsy asked me to be their featured seller (read the interview here: http://www.etsy.com/featured_seller.php?featured_user_id=6788960), and by the end of the year I had expanded into wholesale and was showing at New York International Gift Fair (now called NY NOW).

Just over 11 years later, in addition to our Etsy shop, we have worked with over 700 retailers throughout the USA, as well as some of the most prestigious department stores around the world. Our pillows have been featured in dozens of publications including House Beautiful, Coastal Living, Real Simple, Shape, Self, The New York Times, The Huffington Post, Apartment Therapy, Cosmopolitan, Fitness, HBO Girls and the Today show.

I am so lucky to be working with a small and dedicated team of employees who have worked alongside me for many years now, using a process that is largely unchanged from our original handcrafted methods. Letters are cut out using a die cutting machine, and arranged on the pillow base one by one with a ruler. Then each letter is stitched down individually.

Thank you for visiting my store. If you have any questions that are not answered below, please feel free to contact me via Etsy convo or via email at info [!at] alexandraferguson.com, or by phone at (718) 788-7768. I will respond promptly to any queries you have.