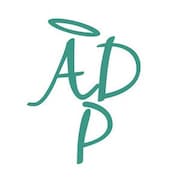 A Family Owned Business of Love and Service to God

COMPANY HISTORY
Angel Direct Products started over twenty years ago in the mind of one of the co-founders, Marcie, as a young mother with growing boys. Frustrated with not being able to find baby products for her children, she often fashioned her own baby products out of household items, and dreamed of having her own baby line some day. Fast forward to the year 2006, when Marcie found herself a single mom with four boys to provide for after being out of the work force for 15 years.
After two failed attempts with different partnerships, she realized she needed a partner with her same values, who had as much invested in her success as his own. Dustin, the oldest son, was recently married and upon college graduation was having a difficult time finding work as well. It was Dustin who came up with the idea to buy a business and run it from Marcie’s home so she could be around for the other boys. Dustin and Marcie partnered up and bought an online craft store soon winning web retailer of the year awards. Their new business was named Best Online Scrapbooking Store for the state of Utah in 2014. Dustin’s wife, Janeth, soon joined the family business, helping Marcie with operations, until managing three active little girls became a full time job, while Dustin managed SEO growth and marketing. In 2011, Ron joined the family business when he married Marcie, and added the legal and financial expertise needed for a growing business.
Being in retail was so much fun for this family, that in 2013 they decided to manufacture their own craft line as well as fulfill Marcie’s 20 year old dream of having her own baby products! Choosing the name was easy! Marcie greets each one of her grandchildren with a great big hug and exclaims “There’s my ANGEL!” Thus Angel Direct Products was born! Some say they could never work with family, but Marcie, Ron, Dustin and Janeth LOVE IT! There is nothing like feeling totally comfortable with and invested in each other’s success to make a company thrive! Giving back is also a big part of their company philosophy, and each quarter the group donates a portion of their interest to those in need.

ABOUT US:
Ron and Marcie met and married in 2011 and live in Sandy, Utah. Their blended family consists of five boys, two girls and nine grandchildren. They consider marriage and family their biggest blessing, and the most fun they have ever had. When not hanging out with their children and spoiling their grandchildren, they enjoy traveling together, reading, dinner, theater and live music – all things bright and beautiful! They also love doing service for their family, church and community. Separately, Marcie is the co-owner of Cut@Home Online Retail Store and Ron has his own law practice. Together they have a real estate investment corporation and another craft company, Angel Crafts, also part of Angel Direct Products.
Dustin and Janeth just celebrated ten years of wedded bliss and are the parents to three active little girls, Shaylee, Alyee and Kylee. They are building their dream home in Saratoga Springs, Utah. When not running multiple businesses and keeping up with their growing family, they like to travel to Mexico to visit Janeth’s parents, exercise and being entertained by their daughters. Service is also important to Dustin and Janeth and they like to give back as much as they can. Janeth has her own youtube crafting channel Crazy Manualidades and blog where she does different crafts in Spanish! Dustin is part owner with Marcie in Cut@Home Online Retail Store, Angel Direct Products with Ron and Marcie, and has several other business ventures on the side.