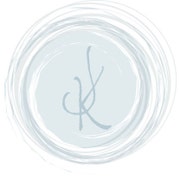 Bohemian jewelry to elevate your soul

JessicaKlaaren is taking a short break

Note from shop owner I am on vacation until May 30th, check back in! : )

From my living room carpet to Hollywood's Red Carpet

My jewelry design business began as a hobby in 2007. It was by chance or fate, I'm not sure which, but somehow I stumbled upon a bead kit, or someone gave me one, and I made a cheap beaded necklace with acrylic beads, and immediately wanted to make more. I slowly taught myself about all I could possibly find on the jewelry making subject. I began working with metals in 2011, and things really changed for me once that happened. I won a couple of design contests and decided to submit a piece to Bead Trends magazine. My first try, it was accepted, and from there I had many more designs published, including the cover in December 2012. I applied and was accepted into the Artisan Group, and through my involvement with that organization, I've had a few designs worn on tv shows like The Vampire Diaries and Parenthood, and I've been able to participate in the celebrity gifting suite event at New York Fashion week, as well as gifted jewelry to many major celebrities. I have had jewelry worn on the red carpet in Los Angeles by actress Stephanie Drapeau, and I've had my jewelry photographed on a customer named Altynay Sapargaliyeva, who is a famous pop star from her home country (and happened to be standing with Oscar winner Adrien Brody in the photo.) In 2015, my jewelry was displayed at the GBK Primetime Emmy's Celebrity Gift Lounge, where it was worn by Dascha Polanco of Orange is the New Black, Daniel Franzese from Mean Girls and Looking, Ashley Scott from Jericho and Unreal, and Teyonah Parris from Mad Men. Daniel Franzese also owns one of the pieces he loved it so much, and has worn it a number of times and has been photographed in it, both by himself on his instagram and by photographers on the red carpet.

Last updated on May 9, 2022
Jessica Klaaren Jewelry Policies
We love our customers and always want you to be happy. If we have made an error of any kind or you feel less than satisfied with your item, we will make it right. For our full refund policy see below.

Customer Satisfaction
If you are unhappy with your piece(s) once it is in your hands, please immediately message us and let us know so we can begin a return or exchange for you. We need to hear from you within 14 days from the date of delivery if something is not right. We are happy to do an exchange or refund items less the shipping upon return receipt. Buyer pays for the return shipping for returns and exchanges, except in the case of seller error.

The items in this store are handmade items, and some may contain materials like paper, vellum, ribbon, etc. and should be kept dry. If anything breaks or is found to be defective due to something that is of my doing within the first 30 days of purchase, I will either repair it at no cost to you, or if it is not repairable, I will either replace it, allow you to exchange it, or refund you on return. in the event Some items may contain one of a kind elements or findings that are not replaceable. Please care for your items. I strive to provide a quality product, but sometimes jewelry components do break with wear and tear. I am not responsible for things that wear or break over time due to use, but I am happy to make repairs on pieces I have made after the return window for a nominal charge to cover any needed new materials and shipping.

With proper wear and care, the jewelry should stand the test of time. I do use some open jump rings, and if pulled hard enough, these can open just as they will on any jewelry you get anywhere, but they can easily be closed back up using basic flat nosed pliers.

Please pay for items within 3 days of purchase. You may pay easily through your paypal or credit card with etsy direct using the etsy checkout.

Orders with 1-2 items will be shipped by 1st class mail with a tracking number within 1-2 business days, unless you have a custom order or made to order item, in which case shipping will be after I have made the item or after the time frame specified in the listing. I print my labels almost always through etsy and pay for them with paypal, so you should get an email from paypal when your item ships. If you do not receive an email, the tracking number should be located in your order information.

Most items listed are in stock and ship immediately, and those that are not are noted as such in the listing. With made to order items, your shipping time frame begins after the item has been made.

International orders that are shipping to somewhere outside the USA do not come with tracking unless you upgrade to priority mail.

Insurance is available for an additional charge to domestic USA addresses. I ship with a tracking number always, and I hand deliver my packages to the local post office and personally hand them off to the post master. Once packages are in the hands of USPS, their location and handling are out of my control. If you are concerned about shipment, whether it be losses or damage, I encourage you to add insurance.

If you are interested in wholesaling my jewelry in your own shops, please message me. I do offer wholesale pricing for shops who want to carry my jewelry, and will do consignment in certain shops near my location.