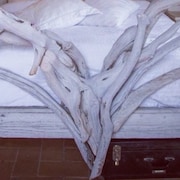 Furniture for the Wild at Heart 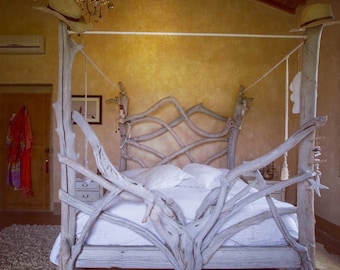 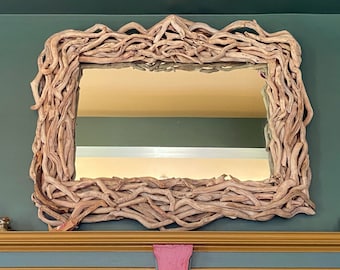 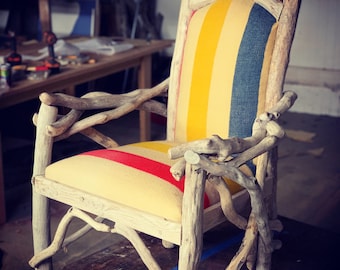 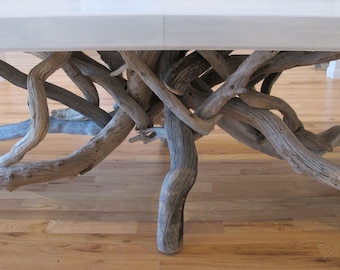 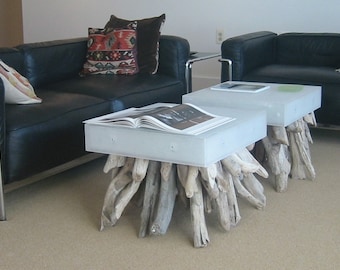 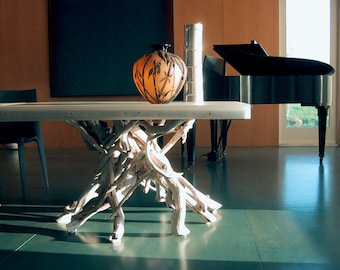 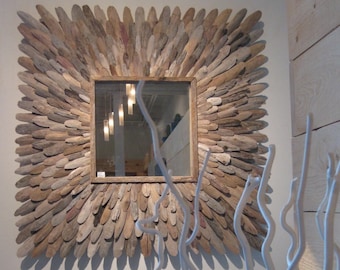 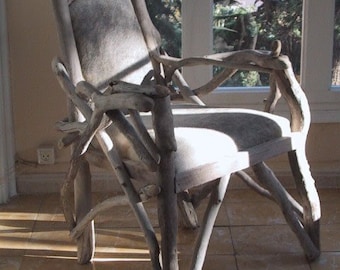 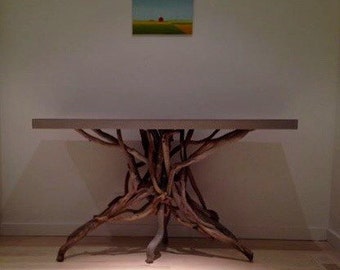 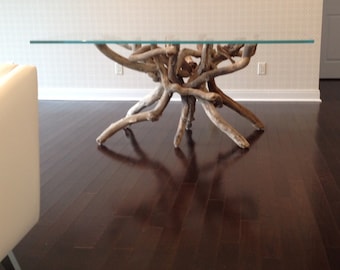 Tangle table base for Cari

It was either the Peace Corps or build chairs.

I was 26, alone in the New Mexico desert, far from friends and family, broke and finding out exactly what a BA in liberal arts was worth. It was 1991, I had a lot of time to explore the arroyo next to my two room adobe and to walk down to the Rio Grande not far from there. On those walks I began picking up interesting roots and sticks and would bring them back to the yard. It wasn't long before I was nailing them together; first a little side table, then a rudimentary couch and finally a chair. "It looks like an old grandmother", someone told me at the Santa Fe Flea market later, and also "Boy, those chairs are gonna make you famous". Maybe the fourth time out, a picker for an Italian company came by my stand and ordered five tables, five benches and 15 chairs. I went from nothing to Milan in the space of three months.

So it's been 21 years. I've probably made 2000 chairs, furnished seven restaurants, a Pueblo library, graced a hundred Italian magazines and sold to umpteen Hollywood stars. This career chose me and I followed it and have given it every inch of my being. I think about doing something else from time to time, especially when nothing's selling, but that only lasts a day or so. Then I'm back out in the shop and the phone rings -- or now I get an email from Etsy and I'm making the next great thing.

If there is a problem with an item every effort will be made to resolve and correct it in a professional and timely manner. Approved returns will be refunded minus the shipping charges either stated or ACTUAL, whichever is higher. Return shipping costs are the responsibility of the buyer. All returns are subject to a 20% reprocessing fee.

I prefer payment through Paypal, but I accept checks, Paypal or credit card payments through Etsy. All orders must be paid in full at the time of making the order. Shipping on larger items must be paid after construction but before shipment.

Domestic shipping of the Icarus Mirrors is done through either UPS or the USPS. The mirror will be insured for it's value. International shipping of the mirrors is done through the USPS and does not include taxes or custom charges. I have developed very safe packaging for the mirrors, but upon occasion, the glass gets broken. Except on International orders, I will replace the glass at my cost.

For larger furniture pieces, I ship using blanket wrap carriers found through the bidding site Uship.com The cost will be determined by lowest bid and then paid by me and charged to you before shipment. You may have to provide the shipper with a payment code upon delivery that I will have provided to you . Return shipping costs are the responsibility of the buyer. Each piece will be insured for it's full value from damage that may arise during shipment.

Within 300 miles of Ann Arbor, MI, I may consider delivery myself at charges comparable to those found at Uship.com