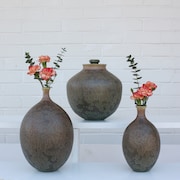 BrennaDeeCeramics is a Star Seller! 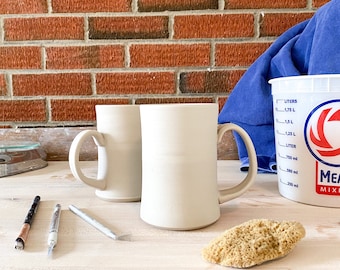 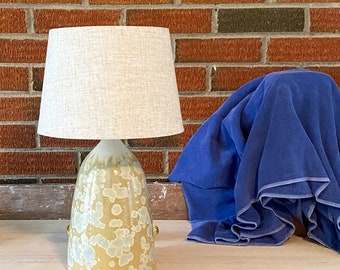 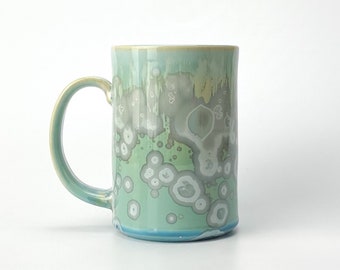 16 people have this in their cart 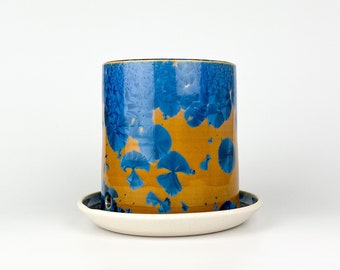 I design and create a line of crystalline glazed porcelain ware that embodies a sense of play within a paradigm of precision.

I’ve always loved to make things with my hands. Recently I stumbled upon an old first grade worksheet (a souvenir from my only year of institutional education) that asked about my dreams and aspirations. When asked what my favorite food was, I responded "tacos." When asked what I wanted to be when I grew up, I said “an artist.” I was a pretty smart kid.

In spite of the early indicators of my artistic leanings, I didn’t start throwing pots until I was almost done with high school. I took some classes at a community studio and immediately felt like I had been called home. I watched youtube videos of more experienced potters, I read every pottery book I could get my hands on, I feel asleep visualizing myself centering a mound of clay, and I spent hour after hour on the wheel.

A little more than a year later, I decided to pursue my passion for ceramic art full time. In the spring of 2010 I arranged an apprenticeship with ceramic artist Judy Motzkin, and later that year I relocated to Asheville, North Carolina in order to become part of a vibrant arts community. While working with Judy I caught my first glimpse of a crystalline pot, and in the fall of 2011 I traveled to Oregon to apprentice with a potter specializing in the crystalline process. I fell in love with crystalline glazing, and I’ve since developed a body of work utilizing crystalline glazes. In early 2012 I made the leap to full-time self-employment as an artist; currently I sell my work online and through local craft shows and small businesses. My work has been featured in the Mountain Xpress and on the front page of etsy, and I’m a member of the Craft Guild of the Southern Highlands.

I throw all of my work by hand from a porcelain clay and glaze each piece individually using a precise and time consuming technique called crystalline glazing. While making a traditional pot requires five steps, this technique requires eleven.

I mix all of my glazes by hand, adding the right combination of zinc, silica, and frit to enable two-dimensional crystals to grow in the glaze during the firing process. Next, I apply three coats of glaze with a Japanese style paintbrush.

During the firing, I program the kiln to hold for long periods (sometimes as long as two hours) at extremely high temperatures. These “holds” give the crystals time to grow.

Glaze stabilizers like alumina inhibit crystal growth, so I can’t include them in the glaze. This means that crystalline glaze runs down the pot rather than adhering to the sides. To prevent the glaze from running onto the floor of the kiln, I throw a pedestal that perfectly matches the foot of each piece to catch runoff glaze. After the firing, I carefully remove the pedestals and grind the pieces twice: first with a bench grinder to remove any rough pieces of glaze, and then with a rotating silicon carbide disc to achieve a smooth finish.

Last updated on May 9, 2022
Welcome to BrennaDee Ceramics!

All of my pieces are shipped via USPS within two business days of your order.